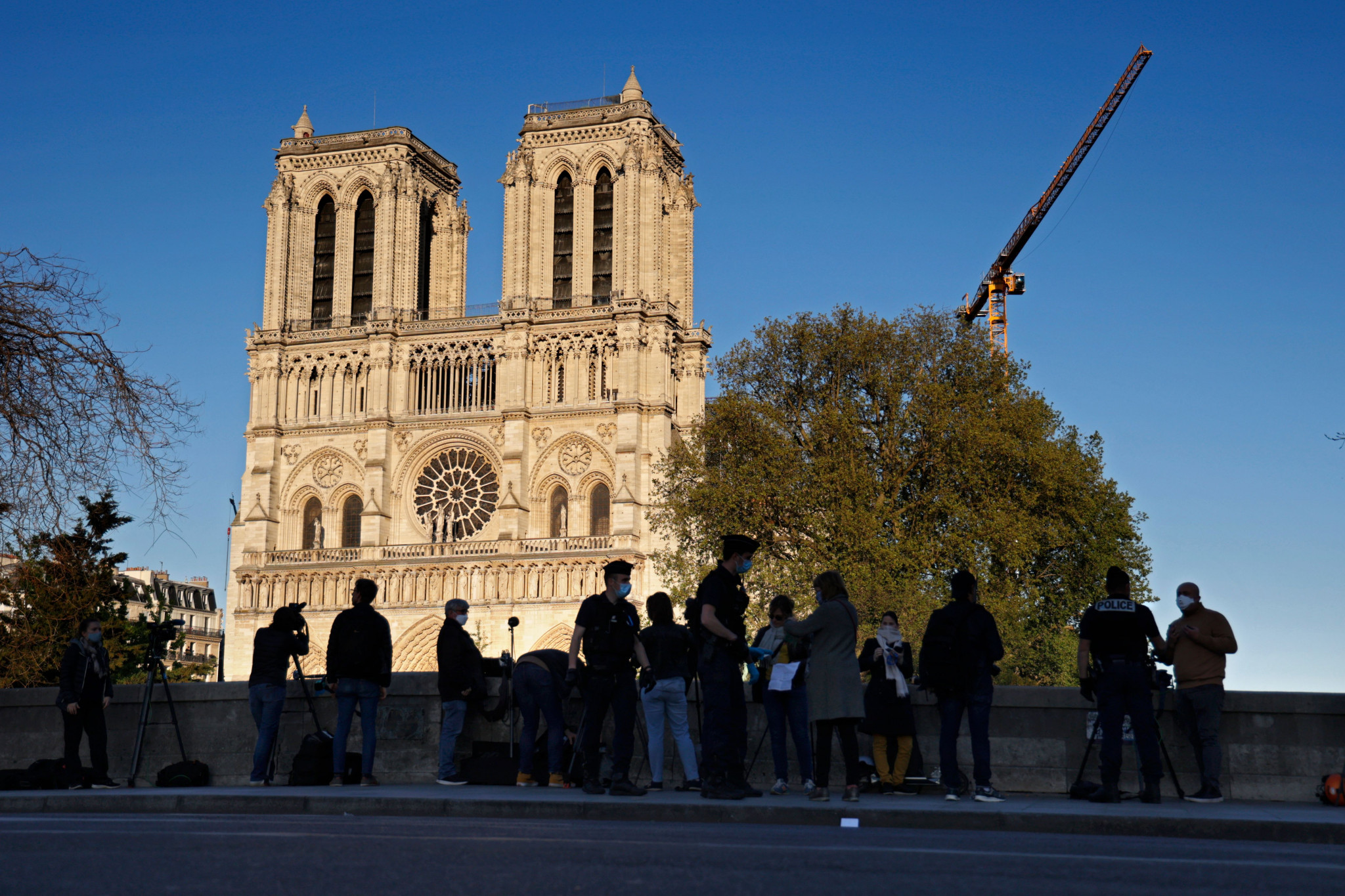 Notre-Dame cathedral is set to be restored to its original design in time for the 2024 Olympic and Paralympic Games in the French capital.

Plans have been approved to restore the cathedral to its last "complete, coherent and known" state, including the spire.

French President Emmanuel Macron had suggested adding a contemporary glass spire to the re-build, but this idea has been rejected.

Earlier this year, Macron pledged to restore the building in time for Paris 2024 after the roof and spire of the iconic cathedral was destroyed by a fire in 2019.

Construction is set to start next year, with workers spending the past year clearing out dangerous lead residue released in the fire.

It has been reported that this lead material could be used again in the re-construction of Notre-Dame, whose construction began in 1160 and took a 100 years to complete.

Repair work also faced delays due to the coronavirus pandemic, with France entering a tight lockdown in March.

Despite this, Macron said he would do "everything" to make sure Notre-Dame is ready for the Olympic and Paralympic Games.

Around €750 million (£652 million/$816 million) was raised for the restoration fund in just 10 days after the fire, with the IOC just one of many donors.

The IOC's contribution drew criticism, however, with some arguing that the money could have been put to better use.