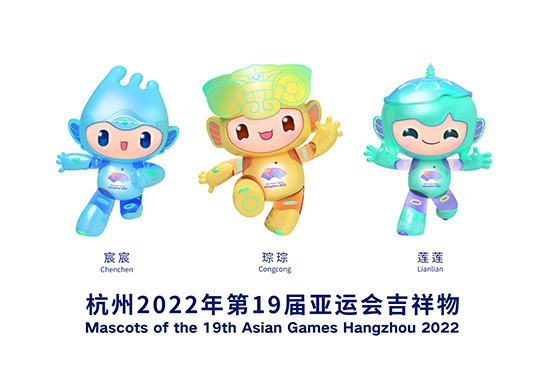 Organisers of the 2022 Asian Games in Hangzhou have launched a mascot animation competition.

The competition, open to everyone, is aimed at finding mascot animation products with distinctive features, liveliness, and easy dissemination, Hangzhou 2022 said.

Three sporty robots, named Congcong, Lianlian and Chenchen and known as the "smart triplets", were unveiled as the Hangzhou 2022 mascots in April.

According to Chinese state news agency Xinhua, the mascots have been well received since they were revealed.

A total of 4,633 submissions for the mascot designs were received by the Organising Committee with the final robot characters created by Zhang Wen and Yang Hongyi, lecturers from the China Academy of Art.

Hangzhou 2022 has asked entrants to ensure they integrate the concepts of "green", "frugality", "intelligence" and "civilised" in their proposals.

The culture of China and Hangzhou and the "Olympic spirit" should also be depicted in the animations, organisers said.