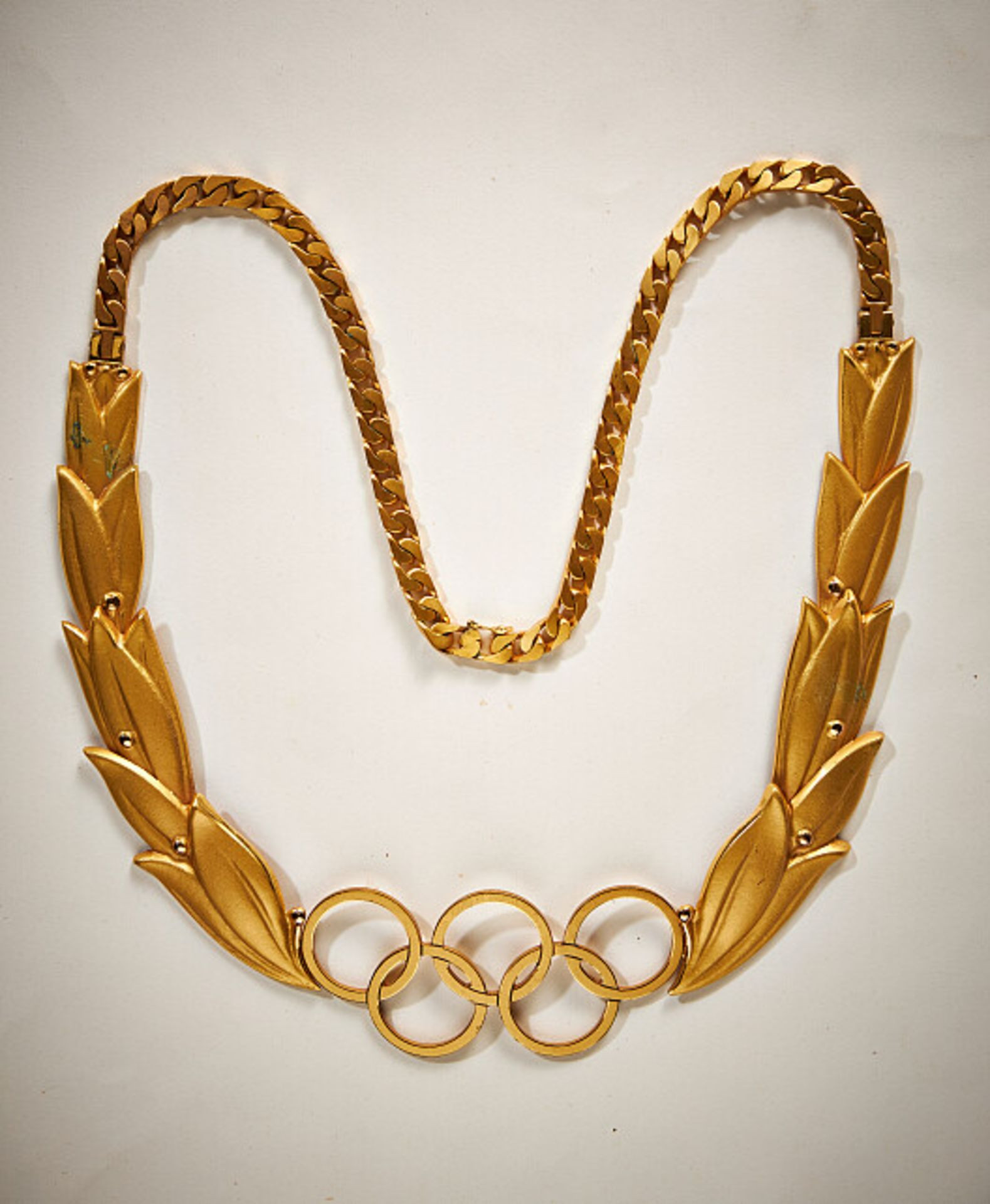 The item was part of a collection of medals and awards given to Honecker during his career available at a sale being organised by German auction house Andreas Thies in Nürtingen.

Several items from the collection were withdrawn at the last moment after the German Government claimed that, as the successor to the German Democratic Republic, they legally belonged to the state.

He claimed it was "one of the highest and rarest sports awards anywhere in the world".

Honecker controlled the German Democratic Republic Government from 1971 until he was forced out in the weeks preceding the fall of the Berlin Wall in October 1989.

The Olympic Order in gold was awarded to Honecker in 1985 by Juan Antonio Samaranch, International Olympic Committee (IOC) President at the time.

The Olympic Order "is awarded to recognise an individual who has illustrated the Olympic ideal" or has "rendered outstanding services to the Olympic cause".

"It should not be forgotten that the GDR in the Olympic Games, although a small state, nevertheless was always one of the most successful nations and, after the Soviet Union and United States, it occupies mostly the third place."

Honecker had overseen the building of the Berlin Wall in 1961 and when he became leader in 1971, he ordered his country's border guards to shoot to kill citizens trying to escape communist East Germany into the West.

He was also head of a Government that created a state doping programme which involved more than 10,000 athletes being given performance-enhancing drugs, often unknowingly or against their will.

Honecker controlled the East German Government until he was forced out in the weeks preceding the fall of the Berlin Wall in October 1989.

In 1996, Samaranch defended the decision to award Honecker the Olympic Order.

He claimed the IOC honoured Honecker because East Germany was the first Communist country to confirm its participation in the Seoul 1988 Olympics, heading off the possibility of another boycott following disrupted Games at Montreal 1976, Moscow 1980 and Los Angeles 1984.