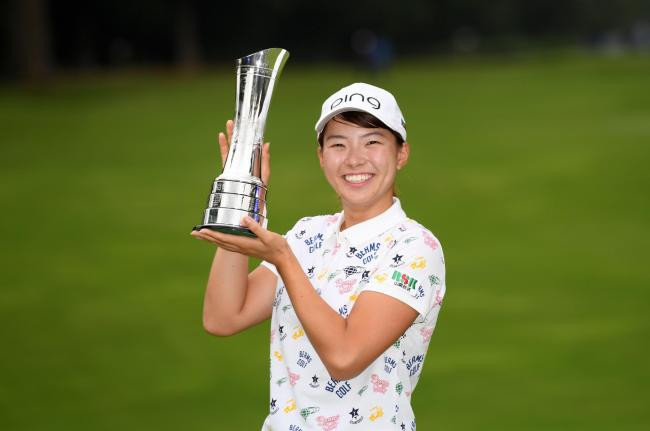 Eight previous winners of the Women's British Open will be in the field for the first women's golf major of 2020, which begins on the Old Course at Royal Troon in Scotland tomorrow.

Among them will be defending champion Hinako Shibuno, who shocked the sport when she won the title last year while playing in her first tournament outside of Japan.

South Korean pair Park Inbee and Kim In-kyung, who won the event in 2015 and 2017 respectively, will be among the favourites.

Other recent winners in the field include England's Georgia Hall - champion in 2018 - and Thailand's Ariya Jutanugarn, who was victorious in 2016.

Scottish golfer Catriona Matthew, American Stacy Lewis and 1986 winner England's Laura Davies are the other ex-champions in the field.

However, the bookmakers' favourite is none of the past winners and rather American Danielle Kang, the world number two.

Kang won back-to-back LPGA Tour events earlier this month and already has one major title to her name, the 2017 Women's PGA Championship.

"You just can't miss the green," Kang said, speaking about the famous par-three eighth hole known as the 'Postage Stamp'.

"I looked down on the right side, the left, and it's a small green and beautiful hole and it's short.

"The yardage is very short, but you can't underestimate that wedge shot.

"I feel like you can't get too greedy and you just have to hit the green."

With scattered showers predicted the players appear set for some quintessential links golf, although high winds are not currently forecast.

A total of 144 players will compete for the title, with five winners on the 2020 LPGA Tour present.

Lewis is one of them, having captured last week's Ladies Scottish Open title.

However, four South Korean players ranked in the world's top 10 are all skipping the event over coronavirus fears.

This is the first time that Royal Troon is hosting the Women's British Open, but no spectators will be present to reduce the risk of transmission.

Beginning tomorrow, the four-day event is set to reach its climax on Sunday (August 23).