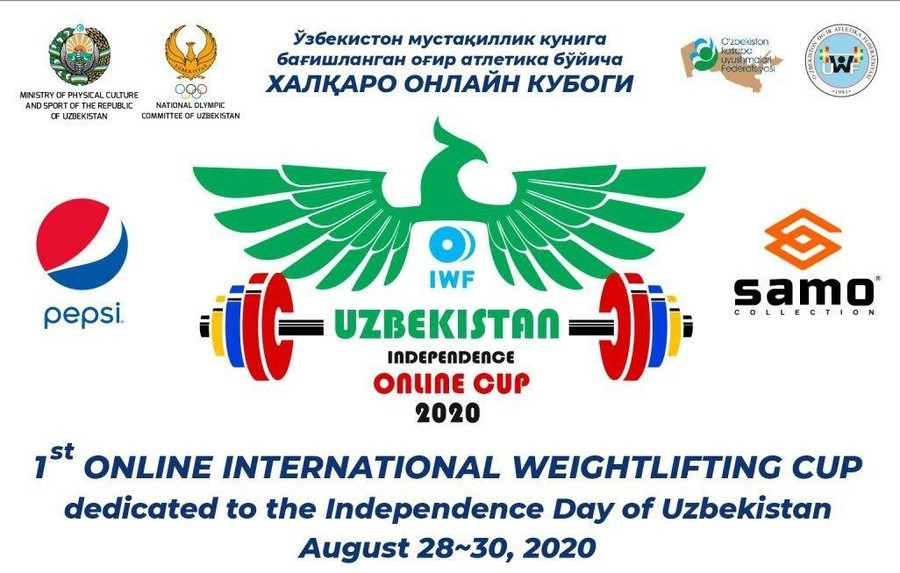 Uzbekistan is to host an Online International Weightlifting Cup as part of the country's Independence Day celebrations.

Around 150 lifters from 32 countries are set to take part between tomorrow and Sunday (August 30).

Among them are Kazakhstan's Zulfiya Chinshanlo, a triple world champion in the women's under-53 kilograms class who was stripped of her London 2012 Olympic gold medal for doping.

China's Li Wenwen, a world gold medallist in the women's over-87kg, and Colombia's Luis Mosquera, an Olympic bronze medallist from Rio 2016 in the men's under-69kg, are also due to compete.

The event will take place over Zoom and is being organised by the Weightlifting Federation of Uzbekistan, the National Olympic Committee (NOC) of the Republic of Uzbekistan, the Ministry of Physical Culture and Sports and the Tashkent city administration.

Uzbekistan celebrates its independence from the Soviet Union each year on September 1.

"It should be noted that the matches on the Zoom platform will be broadcast live on the TV channel Sport," a statement from the Uzbek NOC said.

"We hope that, on the eve of our greatest and dearest holiday, our weightlifters will once again please our people with victories."

There was also clean and jerk bronze for Adkhamjon Ergashev in the men's under-67kg.

At the Rio 2016 Olympics, Uzbek Ruslan Nurudinov won gold in the men's under-105kg.