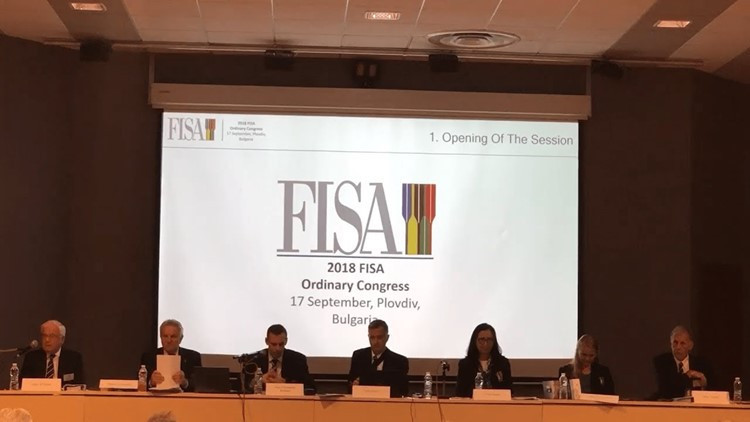 World Rowing has started preparations for its Ordinary and Extraordinary Congresses which are set to be held virtually due to the coronavirus pandemic.

London in Britain had been due to stage the Congresses between October 15 and 16, but they will now take place remotely in response to the global health crisis.

The governing body has released a video introduction to the Congress and presentations of the major proposed changes to statutes.

A programme of information and consultation sessions have also been arranged for member federations to explain and discuss the proposed changes to the statutes, and provide an opportunity for questions to be asked.

These are due to take place on Friday (September 4).

Later on this month, video presentations of the major proposed changes to the rules of racing will be published.

More consultation sessions for member federations regarding these rule changes are then scheduled for September 25.

All documents, including proposed statute and rule changes, can also be found on the World Rowing website.

In a statement, World Rowing has promised the technology used during the Congresses "will respect the statutes and enable delegates to vote on proposed changes to the FISA statutes, rules of racing and related bye-laws, and any other issue proposed for a vote."