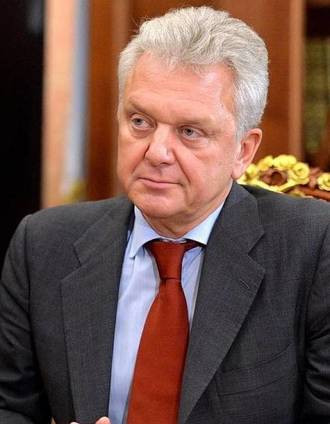 Viktor Khristenko has been re-elected for a second term as President of the Russian Golf Association (AGR).

The 63-year-old former politician was the only candidate for the role having been first elected as President in 2015.

Khristenko was First Deputy Prime Minister of Russia from May 1999 until January 2000 under the Presidency of Boris Yeltsin.

He was then Minister of Industry from March 2004 until January 2012 under President Vladimir Putin.

Golf is still in its early stages of development in Russia, with the AGR not founded until 1992.

The first 18-hole course was not built until 1994 and there are still only 32 in the world’s largest country.

According to the International Golf Federation, there are still only 1,365 registered players.

Few Russian players have made a breakthrough at the top level so far but Maria Verchenova, the country’s only representative, made history when golf made its return to the Olympic programme at Rio 2016 by hitting a hole-in-one in the fourth round as she set a course record of 62 to finish 15th.

Last year it was reported that Khristenko had obtained percentages of three luxury golf clubs worth $360 million (£280 million/€300 million).

Khristenko claimed he had acquired the stakes in the clubs - two near Moscow and another outside Saint Petersburg - for a token amount as golf was a minority sport in Russia.

Khristenko hopes to continue with a series of initiatives to develop golf in schools and at the grassroots level during his second term as AGR President.

"It is important to correctly distribute forces and resources and not stop there," he told Russia’s official state news agency TASS.

"A new cycle is ahead.

"I am confident, relying on the cluster basis for the development of golf in the country, thanks to a systematic approach and the support of the association's partners, we will be able to implement our plans and continue to move along the chosen course."