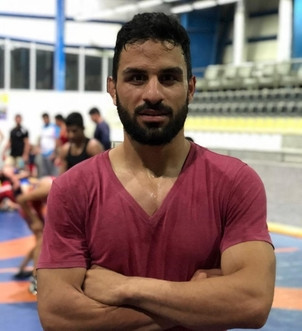 United States Secretary of State Mike Pompeo has announced sanctions against officials involved in the execution of wrestler Navid Afkari in Iran.

Afkari was executed on September 12, having been given two death sentences for allegedly stabbing a security guard to death and his involvement in demonstrations against the country's regime in 2018.

Afkari had claimed he was tortured into making a false confession and human-rights groups and activists believe he was unjustly targeted by the Iranian authorities to intimidate others who might choose to participate in peaceful protests.

The US announced sanctions against Judge Seyyed Mahmoud Sadati, Judge Mohammad Soltani, Branch 1 of the Revolutionary Court of Shiraz, plus Adel Abad, Orumiyeh, and Vakilabad Prisons.

The sanctions were introduced in response to "gross violations of human rights", which includes "prior incidence of torture or cruel, inhuman or degrading treatment or punishment, arbitrary detentions, and denials of the right to liberty of those seeking only to practice their faith, peacefully assemble, or to express themselves."

Sadati, a judge of Branch 1 of the Shiraz Revolutionary Court, was sanctioned after he reportedly oversaw one of Afkari’s trials.

"The United States joins with nations around the world in mourning Navid’s execution and condemning the Iranian regime," Pompeo said in a statement.

"His killing was an unconscionable act.

"The United States calls upon all nations to promote accountability for this regime by imposing sanctions like the ones announced today.

"Navid had previously competed in Iran’s National Wrestling Championship and he had so much more to accomplish in life.

"Too often, the Iranian regime targets, arrests, and kills the brightest and most promising Iranians, thereby depriving Iran of its greatest asset - the skill and talent of its own people.

"Navid’s death must not be in vain: peace-loving nations should condemn his execution and Iran’s egregious human rights violations, and reaffirm respect for the freedom, dignity, and equality of every person."

Judge Mohammad Soltani and Vakilabad Prison were sanctioned over the alleged wrongful detainment of US citizen Michael White.

Relations between Iran and the US have deteriorated further this year following the killing of Iranian major general Qasem Soleimani in an American drone strike carried out in Iraq.

Afkari's case had attracted global attention and led to the likes of US President Donald Trump pleading for clemency.

Afkari’s execution has led to calls from some athlete representation groups to expel Iran from world sport.

Both the International Olympic Committee (IOC) and United World Wrestling have suggested that an expulsion for Iran is unlikely.

IOC vice-president John Coates hinted an Olympic ban was doubtful as "this execution didn't relate to a sporting event" and numerous other nations competing at the Olympics also still have the death penalty.