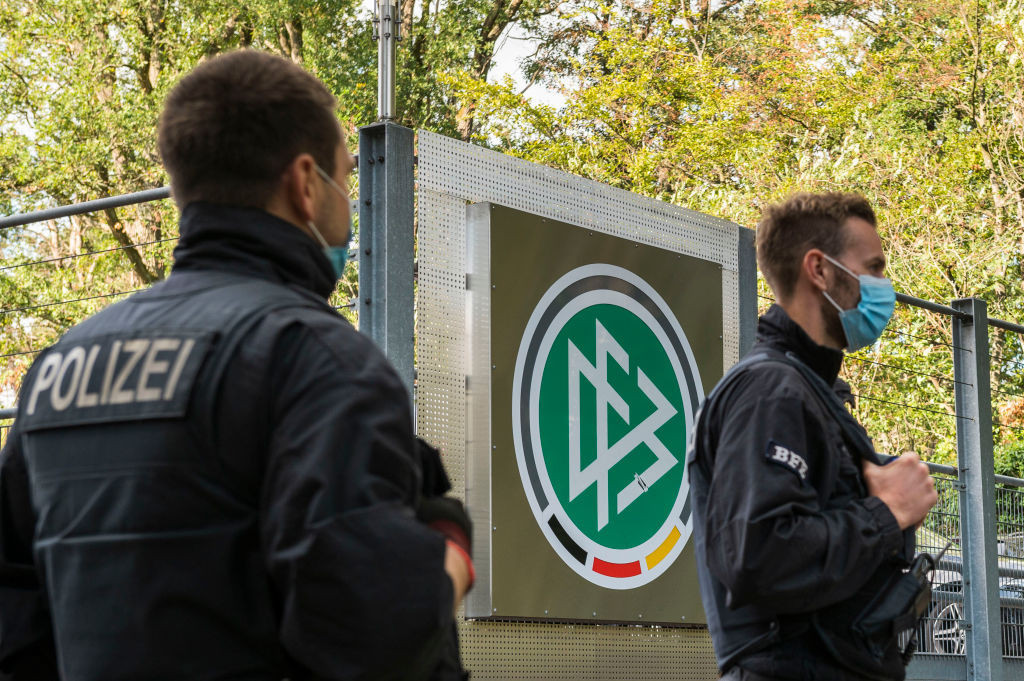 Prosecutors have raided the offices of the German Football Association (DFB) and the private residences of six unnamed officials on suspicion of serious tax evasion.

According to German media reports, the searches were carried out across several locations in five states - Hesse, Bavaria, North-Rhine Westphalia, Lower Saxony and Rhineland-Palatinate.

Around 200 officers, including tax officers and federal police, are thought to have taken part in the raids, the latest scandal involving the DFB.

The six former or current executives are accused of committing tax evasion worth €7.4 million (£6.7 million/$8.7 million).

They are suspected having deliberately falsely declared advertising income in 2014 and 2015 on national team home games.

Senior public prosecutor Nadja Niesen said the DFB is suspected of "knowingly" falsely classifying revenue to reduce the amount of tax it pays.

"Based on the investigation until now there is the suspicion that those accused knew of the tax incorrectness but consciously did it to give DFB a major tax advantage," prosecutors added.

DFB President Fritz Keller has claimed the organisation will "cooperate fully" with the investigation.

The raid marks the latest crisis for the DFB after the 2006 World Cup fraud trial of three officials from the body - ex-President Theo Zwanziger, Wolfgang Niersbach and Horst Schmidt - collapsed earlier this year.

The officials, along with ex-FIFA general secretary Urs Linsi, were charged with fraud in relation to a CFH10 million (£8.3 million/$10.3 million/€9.5 million) payment.

Legendary German footballer Franz Beckenbauer, who led Germany's bid for the 2006 World Cup and was chairman of the Organising Committee, was under investigation but never charged owing to his health, according to the Office of the Attorney General.

Prosecutors alleged that the accused misled the DFB over the payment, alleging it was used to help bribe members of FIFA's Executive Committee - which has since been rebranded as the Council - who had a vote to decide the host of the 2006 World Cup.

Those involved escaped any verdict after the statute of limitations passed, which FIFA described as "deeply disappointing".

FIFA President Gianni Infantino has suggested the Ethics Committee may pursue its own investigation into the accused.