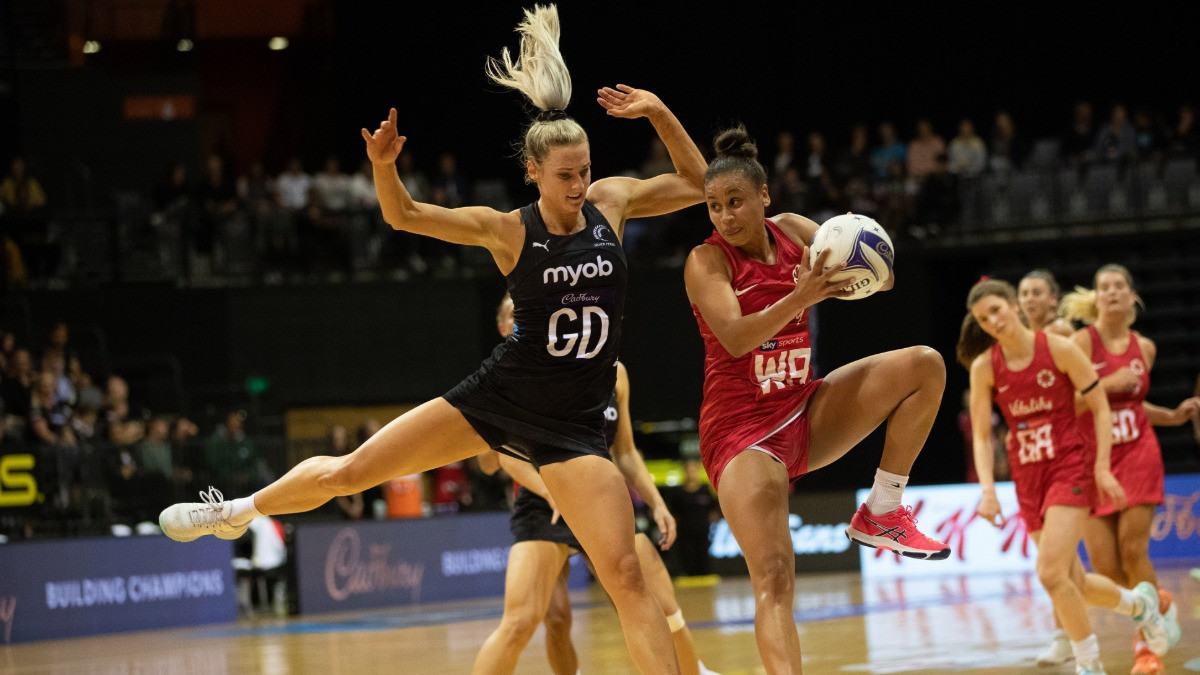 New Zealand overcame England 58-45 in the opening clash of a three-match netball series in Hamilton.

The two teams met for the first time since January after international netball was suspended due to the COVID-19 pandemic.

England are following strict protocols while in New Zealand, having followed a home-based training programme for two weeks before their flight and then quarantining upon arrival in the country.

They are also undergoing regular testing for coronavirus.

England's head coach Jess Thirlby did not make the trip to New Zealand after testing positive for COVID-19 and going into self-isolation.

Instead, she watched her team lose to New Zealand virtually as assistant coach Kat Ratnapala led from the sidelines.

A privilege to be in 🇳🇿 after the tireless hard work of so many to enable this series to take place.

Get even closer to the action and step inside the post-match huddle! 👂#RiseAgainpic.twitter.com/jU0mGGH6GY

The hosts led 15-10 at the end of the first quarter, before New Zealand asserted their dominance and established a 32-24 lead by half-time.

England trailed 46-35 by the three-quarter mark, with New Zealand extending their lead once again in the final quarter to secure the victory.

Spectators were in attendance at the Claudelands Arena, a rarity in the sporting world during the global health crisis.

The second match in the series is scheduled for Friday (October 30), with the concluding fixture set for Sunday (November 1).