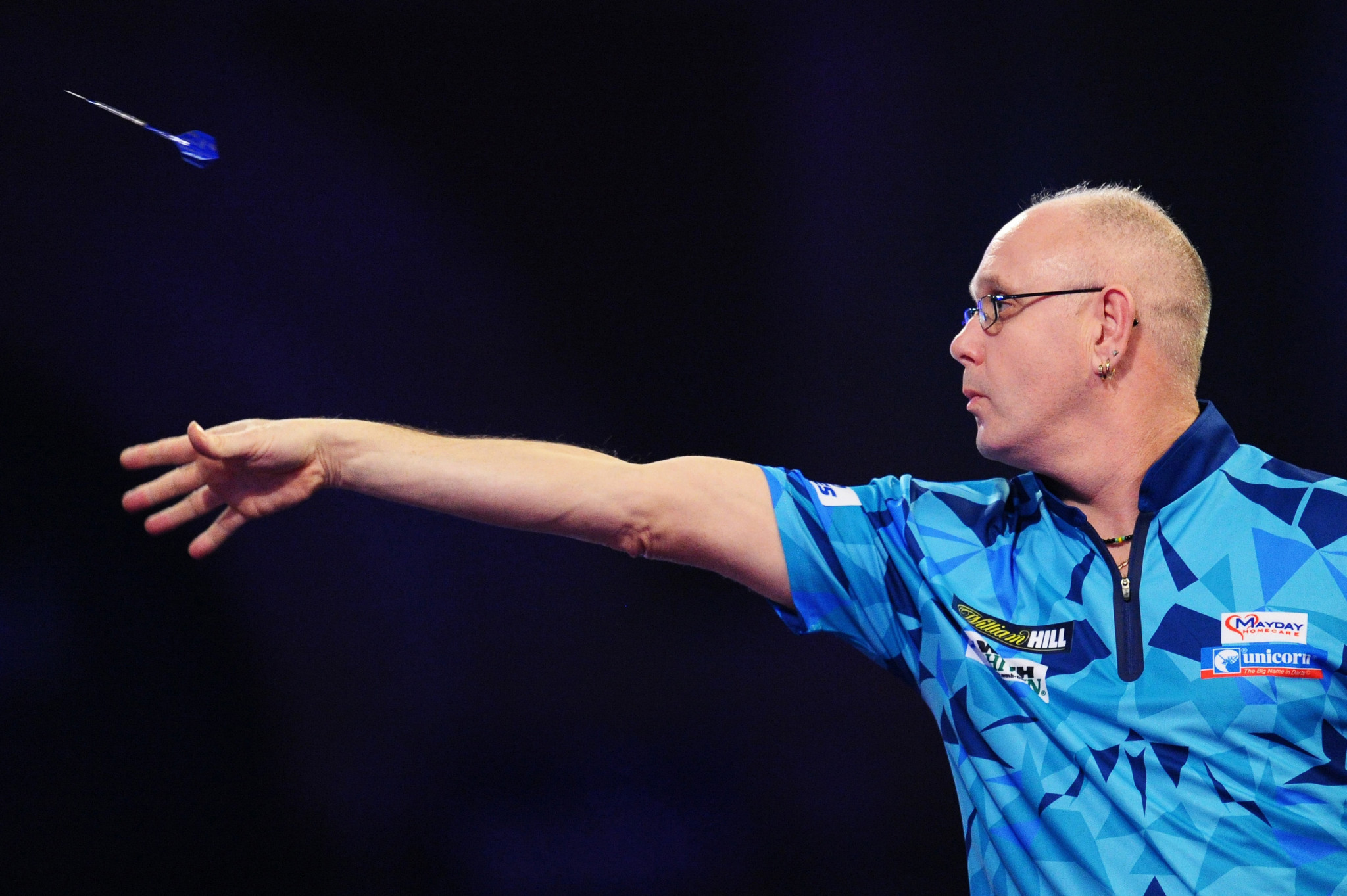 World number one Michael van Gerwen of The Netherlands suffered a shock second-round defeat at the European Darts Championship in Oberhausen in Germany.

On the second day of competition at König-Pilsener-Arena, Van Gerwen was beaten 10-4 by England's Ian White in the day's standout result.

The last-16 matches saw games extended to the best of 19 legs.

Only one match went the distance, the final contest of the day, as England's Steve West edged out Mensur Suljović of Austria 10-9.

In the most eagerly-anticipated match of the day, Scotland's Peter Wright, the defending world champion, beat last year's runner-up in this event, Welshman Gerwyn Price, 10-6.

WHAT A WAY TO WIN IT!

Steve West can hardly believe it as he lands a 106 to pinch the victory in the deciding leg!

He's into the Quarter-Finals! pic.twitter.com/9g6dVZfpdJ

Portugal's Jose de Sousa, who hit the headlines after throwing a nine-dart finish during his first-round win, saw his run ended by Wales' Jonny Clayton, who triumphed 10-6.

The action continues tomorrow with the quarter-finals as O'Connor plays Wade, Clayton faces Van Duijvenbode, Petersen takes on White and Wright goes up against West.