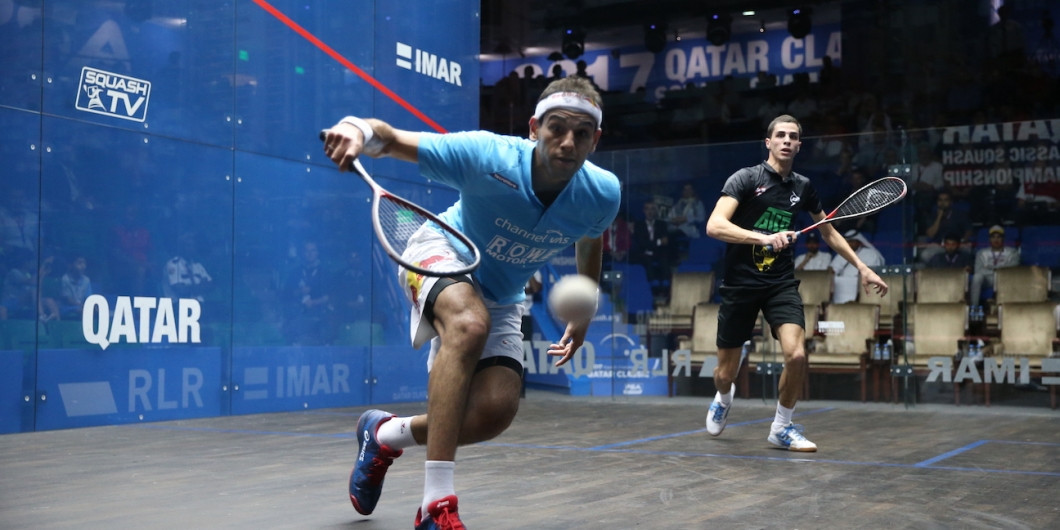 Defending champion Ali Farag of Egypt and compatriot Mohamed ElShorbagy are settle to battle it out for the world number one spot at the Professional Squash Association (PSA) Qatar Classic.

Farag will start the PSA Platinum tournament, which begins tomorrow, as the top men's player in the world after replacing ElShorbagy at the summit of the standings.

But ElShorbagy will aim to wrestle back the number one ranking during the event at the Khalifa International Tennis & Squash Complex in Doha, which concludes with the final on November 7.

ElShorbagy, the top seed, will regain the crown if he wins the tournament and Farag, seeded second, fails to reach the semi-finals.

Neither player is due to be in action in the first round tomorrow as the seeds enter the event on Monday (November 2).

Farag will face either Pakistan's Tayyab Aslam or England’s Richie Fallows in the second round, while ElShorbagy, a three-time Qatar Classic champion, is set to take on England’s George Parker or Frenchman Victor Crouin.

Tarek Momen of Egypt will return to the scene of his World Championships triumph last year and is seeded third, ahead of New Zealand's Paul Coll.