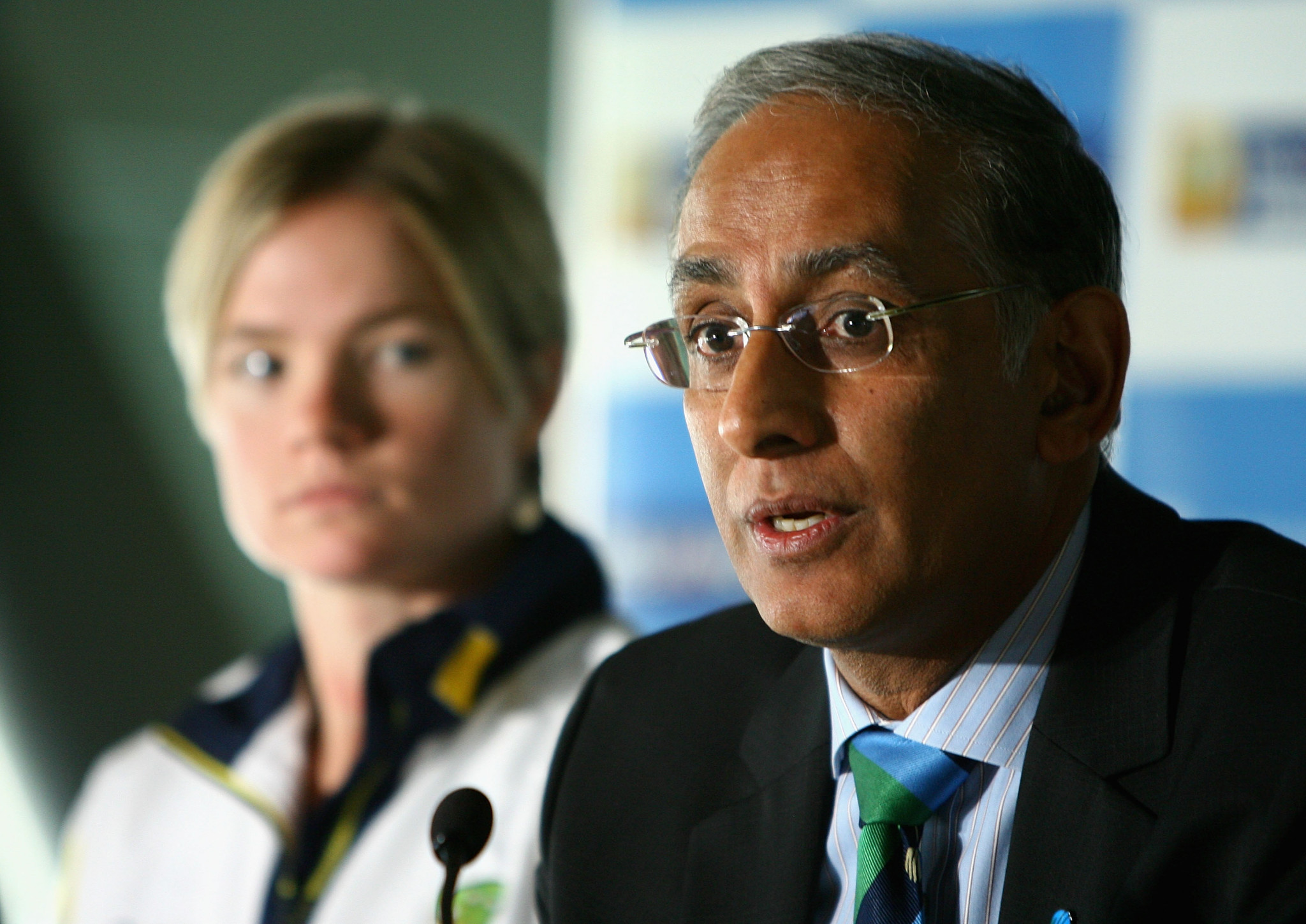 A nine-person Interim Board has been installed to "restore the integrity and reputation" of the embattled Cricket South Africa (CSA).

Sports Minister Nathi Mthethwa announced the news in a letter published on social media on Friday (October 30), revealing the Board would be in place for an initial period of up to three months.

Haroon Lorgat, a former chief executive of the International Cricket Council, was among the nine names listed by Mthethwa.

The 60-year-old returns to CSA having previously led the organisation from 2013 before leaving in 2017 following a fallout over the defunct Global T20 League.

The move comes after CSA’s entire Board resigned on October 26, a decision the organisation said was made "in order to best serve the interest of cricket in South Africa".

CSA has been without a permanent chief executive since Thabang Moroe was suspended in 2019 and then sacked in August after an independent investigation found him guilty of committing acts of serious misconduct.

The organisation has not released details of the exact reasons for Moroe's sacking, although it did confirm his offences were serious enough to warrant immediate dismissal, without the need for a disciplinary hearing.

Kugandrie Govender replaced Jacques Faul as CSA’s acting chief executive only to face pressure from the South African Sports Confederation and Olympic Committee to stand down after appointing a taskforce to conduct an investigation.

We have come a long way and this morning it gave me great pleasure to announce the @OfficialCSA interim board. pic.twitter.com/7VyYtYCydh

Naasei Appiah and Clive Eksteen, the respective former chief operating officer and head of sales and sponsorship, have also been fired in recent months.

Mthethwa said he had been urged to step in to resolve CSA’s problems after receiving "continued public criticism" over its handling of "leadership", "governance”, "transformation" and "selection of teams".

"On my part, I felt that I should exercise all the patience I could muster," Mthethwa said.

"I was even criticised that I was not going to do anything to confront the deteriorating situation at cricket.

"However, instead of improving, the situation was getting worse and it dawned on me that no matter how long I delayed, the prospects of the sport to self-correct, were dim."

Mthethwa said he contacted the ICC to inform them of his intention to intervene before CSA presented him with "constructive proposals".

"The Interim Board, reporting to the Members Council, would hit the ground running to expeditiously deal with the current governance systems, structures and procedures, including proper consideration of the Nicholson recommendations, consider the Fundudszi report, its implications and consequences for CSA and to take any actions recommended in the report itself or actions that the Interim Board deems appropriate, review all Board decisions taken since 2019 and to report on those decisions that require the attention of the Members Council and to general do whatever is necessary and appropriate in order to restore the integrity and reputation of CSA," said Mthethwa.

Mthethwa said the Interim Board was "a mix of men and women with a range of skills in the areas of law, governance, business and international relations" and would be in place for three months, although that period "may be extended based on progress achieved".

CSA is also without an elected President after Chris Nenzani resigned three weeks before his term was due to end in August.