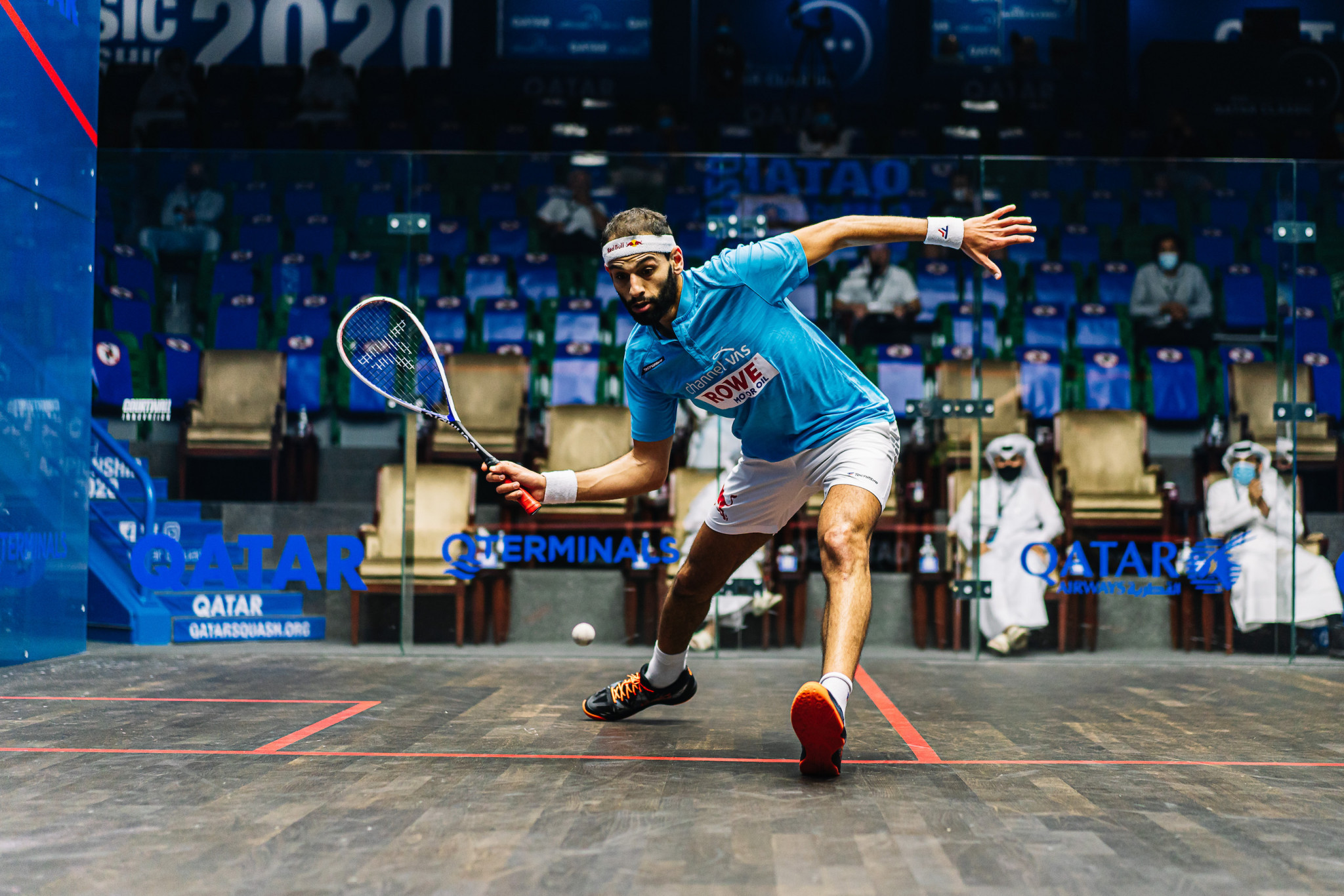 The Egyptian star, who lost his world number one ranking to Ali Farag yesterday, will take on compatriot Youssef Ibrahim in the next round of the PSA Platinum tournament.

"He played really well, that’s the way he plays and it was up to me to respond and up to me to find a way to win," said ElShorbagy.

"The fourth was very tight and it could have easily gone to a fifth game.

"He is such a great player and I have trained with him a few times down in Bristol.

"I know what he can do, I know how dangerous he is, he has so much potential, and I don’t think he knows how much potential he actually has."

ElShorbagy's brother Marwan is also through after he overcame former world number one Gregory Gaultier of France.

World number five Paul Coll of New Zealand was among the other players to progress to the third round after he defeated Baptise Masotti of France 11-7, 11-5, 11-8.

Farag, the defending Qatar Classic champion, is scheduled to be in action tomorrow as he plays England's Richie Fallows.