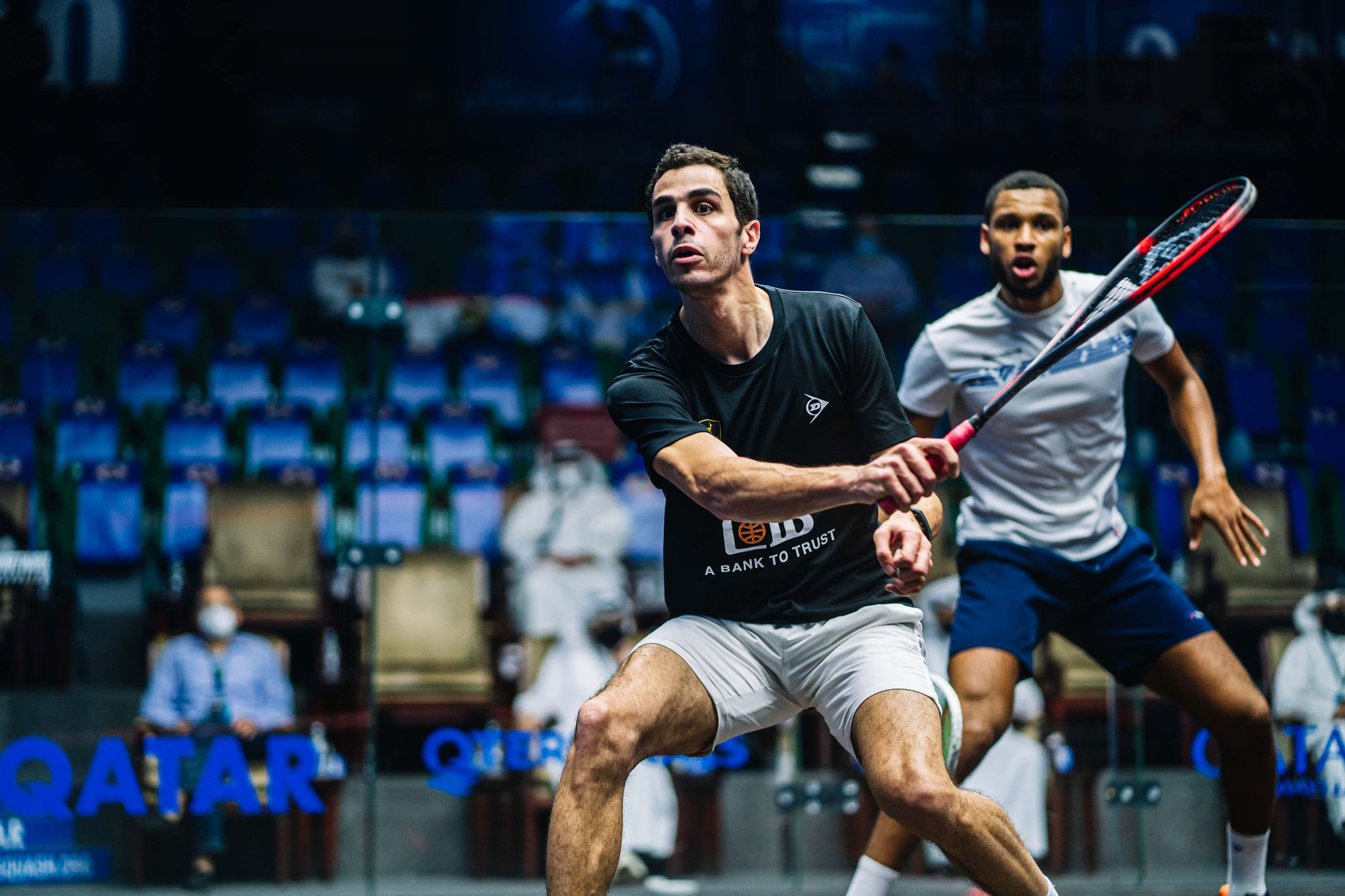 Defending champion Ali Farag is safely into round three of the Professional Squash Association (PSA) Qatar Classic in Doha.

Should Farag reach the semi-finals, which are now just two wins away, he will remain world number one.

Fellow Egyptian and top seed Mohamed ElShorbagy will reclaim top spot if he wins the tournament and Farag - seeded second - does not reach the last four.

Eain Yow Ng of Malaysia - an Asian Games team gold medallist - will be Farag's opponent in round three after he also beat an Englishman in three games.

One Englishman through to the third round is reigning Commonwealth Games champion James Willstrop.

Incredible deception from The Marksman once again in Qatar - how on earth do you defend against this!? 😲#QatarClassic pic.twitter.com/VF1GPO1RRj

Wales' eighth seed Joel Makin is next up for Serme, following an 11-7, 11-3, 11-6 triumph over Egyptian Mohamed Abouelghar.

All eight third-round matches are scheduled for tomorrow at the PSA World Tour Platinum tournament.