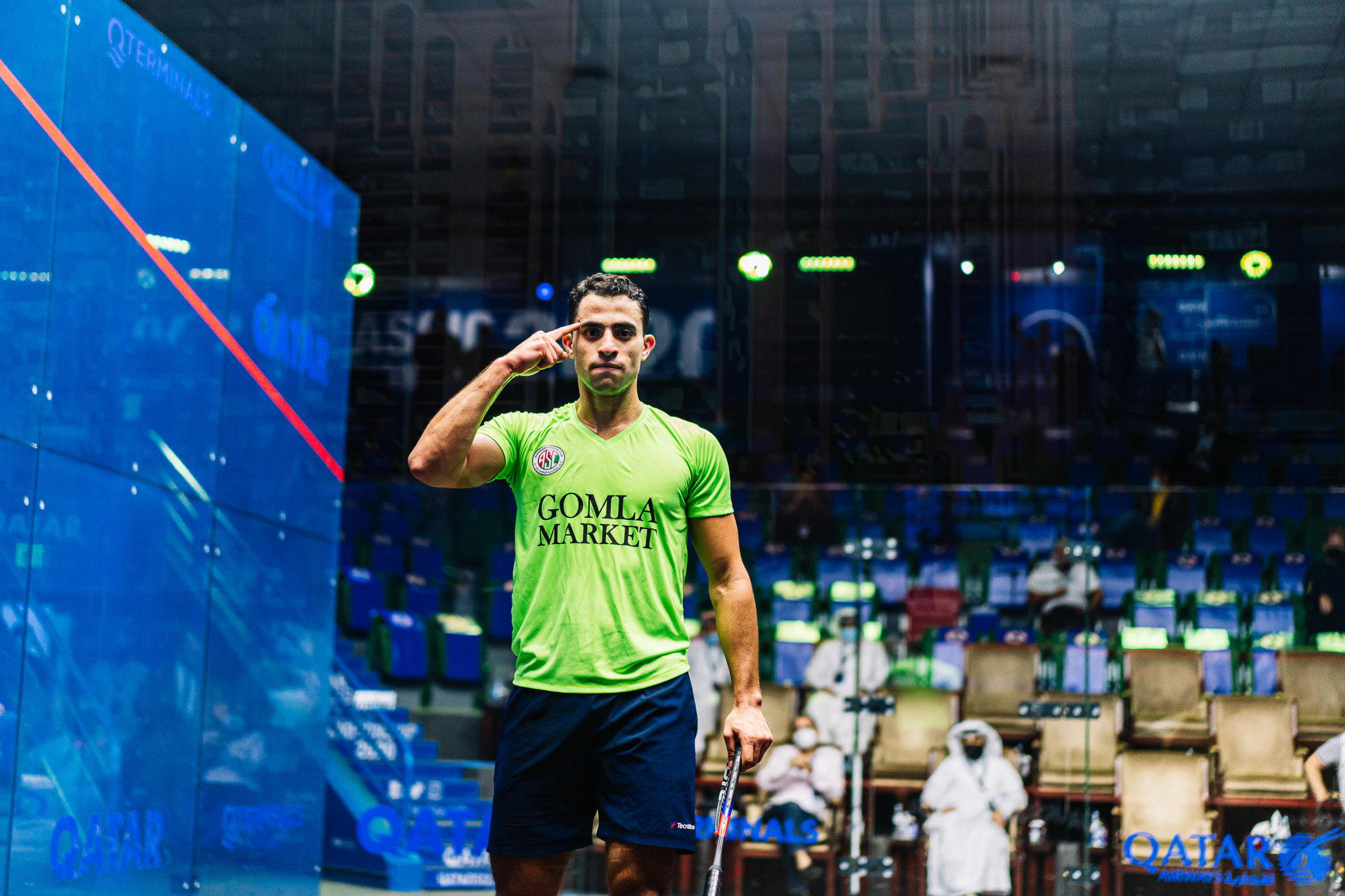 World number one Ali Farag remains on course to defend his Professional Squash Association (PSA) Qatar Classic title after navigating his way through a five-game quarter-final in Doha.

All four quarter-finals went the distance and lasted more than an hour on a day of high-class squash at the PSA World Tour Platinum tournament.

Tarek Momen, the world number three, awaits compatriot Farag in the semi-finals after a come-from-behind win over Joel Makin.

"I don't have to praise him [Momen] much because the way he has been playing has been amazing," Farag said.

"I don't know how you can play so many balls to the front and still be so consistent.

Doha is the city where Momen, the current world champion, earned that title in November of last year.

The runner-up that night, Paul Coll, is also into the semi-finals.

Unseeded Fares Dessouky, the world number 12, stands between the Kiwi and a place in the final.