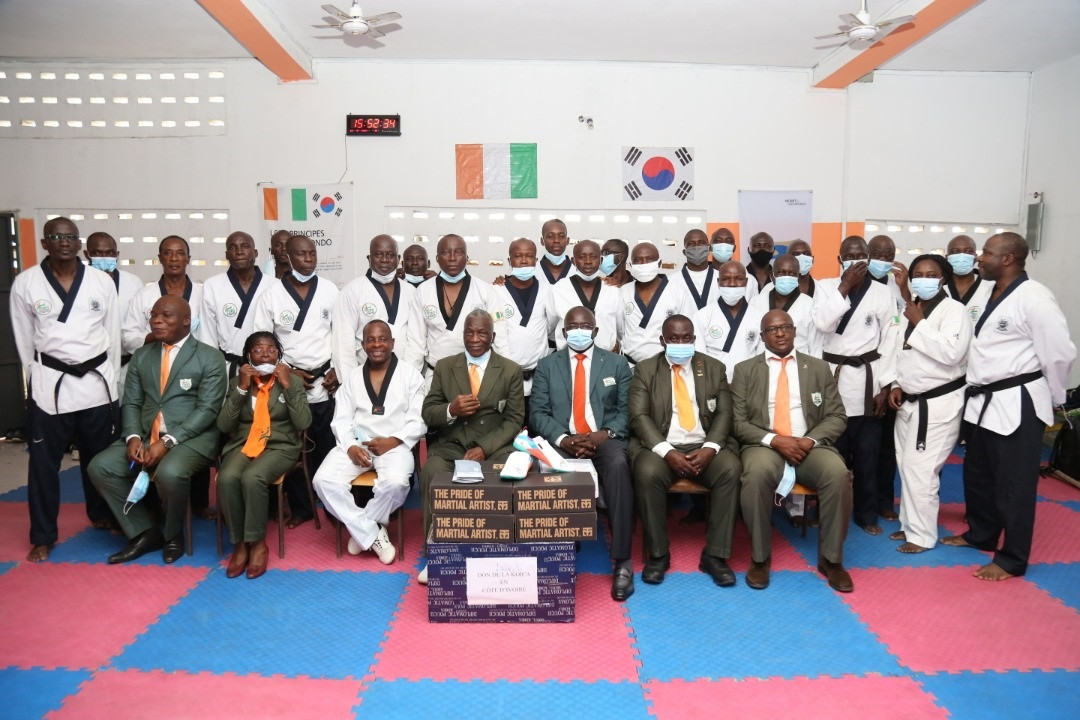 The Ivorian Taekwondo Federation (FITKD) has received a donation of shoes and protective masks from the Korean International Cooperation Agency (KOICA).

Two hundred pairs of shoes and 700 masks have been presented in all, with the offering arranged through the South Korean embassy.

FITKD President Bamba Cheick Daniel has decided to distribute part of the donation to the organisation's Training and Evaluation Commission.

It is hoped this will help taekwondo athletes currently training for their black belts.

"The President has decided to make this donation received from KOICA available to the structures of the federation, starting with you," said FITKD vice-president Mangala Salif to Commission members.

"He wishes you to make good use of it by effectively preparing the future passages of grade of the black belts, scheduled for next December."

"Recently, he offered us computer equipment to facilitate the evaluation process.

"Today, it is footwear and protective masks.

Ivory Coast established itself as a major taekwondo force after Cheick Sallah Cissé's Olympic title in the men's 80 kilograms class at Rio 2016.

At the same Games in the Brazilian city, Ruth Gbagbi won a bronze medal in the women's 67kg event.