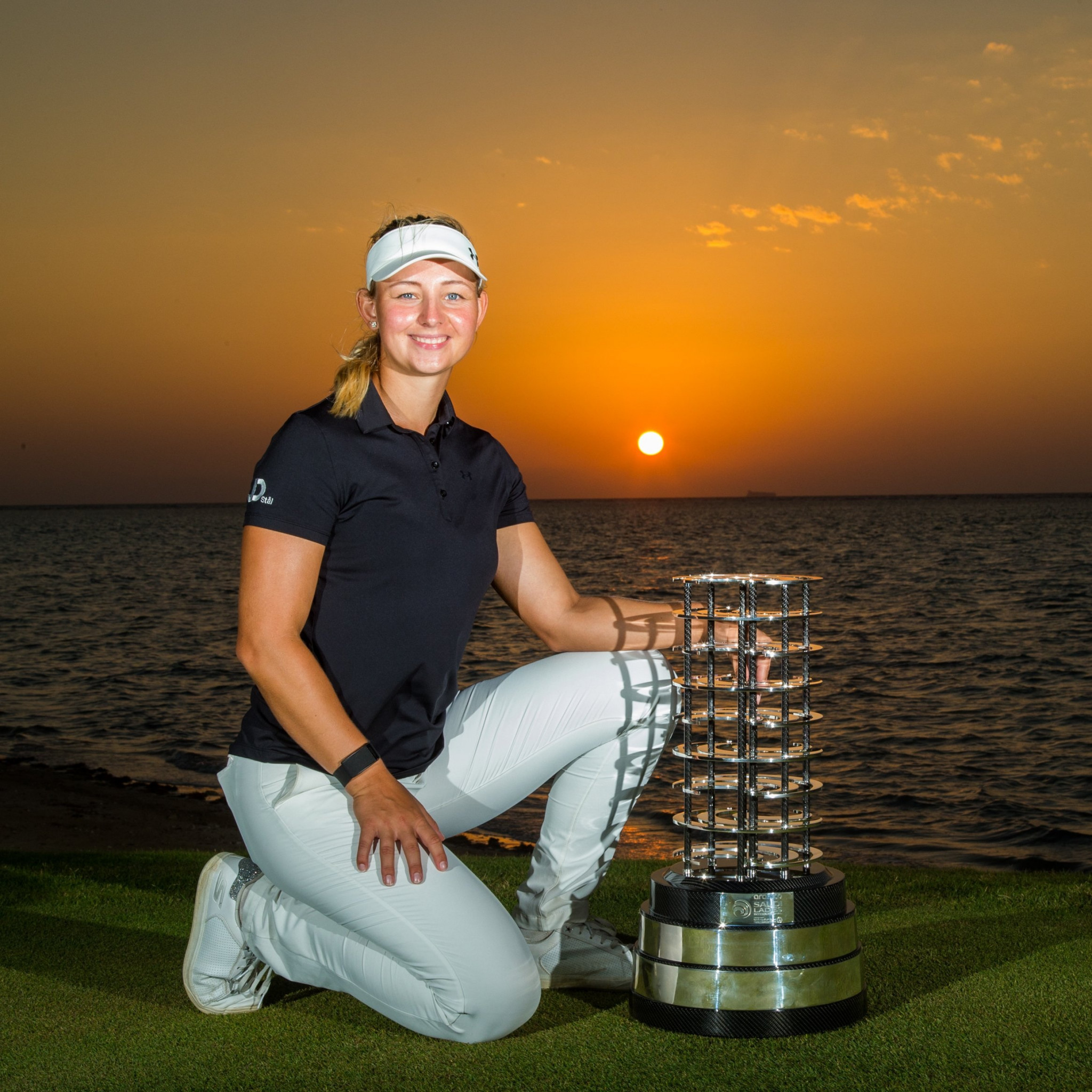 Locked at 10-under-par in regulation, Pedersen landed a dramatic birdie on the first playoff hole to win her second Ladies European Tour title.

The 24-year-old Dane trailed Hall by as many as three shots with five holes to play at the Royal Green and Country Club.

But Pedersen refused to give up in a roller-coaster round which included four birdies, four bogeys and a double bogey.

"I am very happy that I got to be the first person to win a tournament here and I think it is great that we are playing here.

"The country has a bright future in golf and hopefully we’ll be back for many years.

Standing on the 18th hole one behind Hall, Pedersen made the confident decision to go for the tricky par-five green in two with a three wood from 240 yards to set herself up for a grandstand eagle finish.

"I knew I had to make a birdie on the last and I just kind of felt the shot," said Pedersen.

"It was one of the best shots I’ve ever hit."

Pedersen narrowly missed the eagle chance from 12 feet for the outright victory, but a birdie was enough to match Hall’s par.

More drama ensued in the playoff as Hall found the water with a four-iron, providing an opening for Pedersen.

After producing a delightful chip Pedersen then rolled home the winning birdie.

"Emily hit an amazing shot on the last hole in regulation – it was very brave," said Hall.

"I’m really pleased for her as she’s a really nice girl and she hit a fantastic chip (in the playoff) and that’s where I lost it."

The tournament, which was held without spectators due to the coronavirus pandemic, marks the first major women's golf event held in Saudi Arabia.

Saudi Arabia has received widespread international criticism of women's rights in the country.