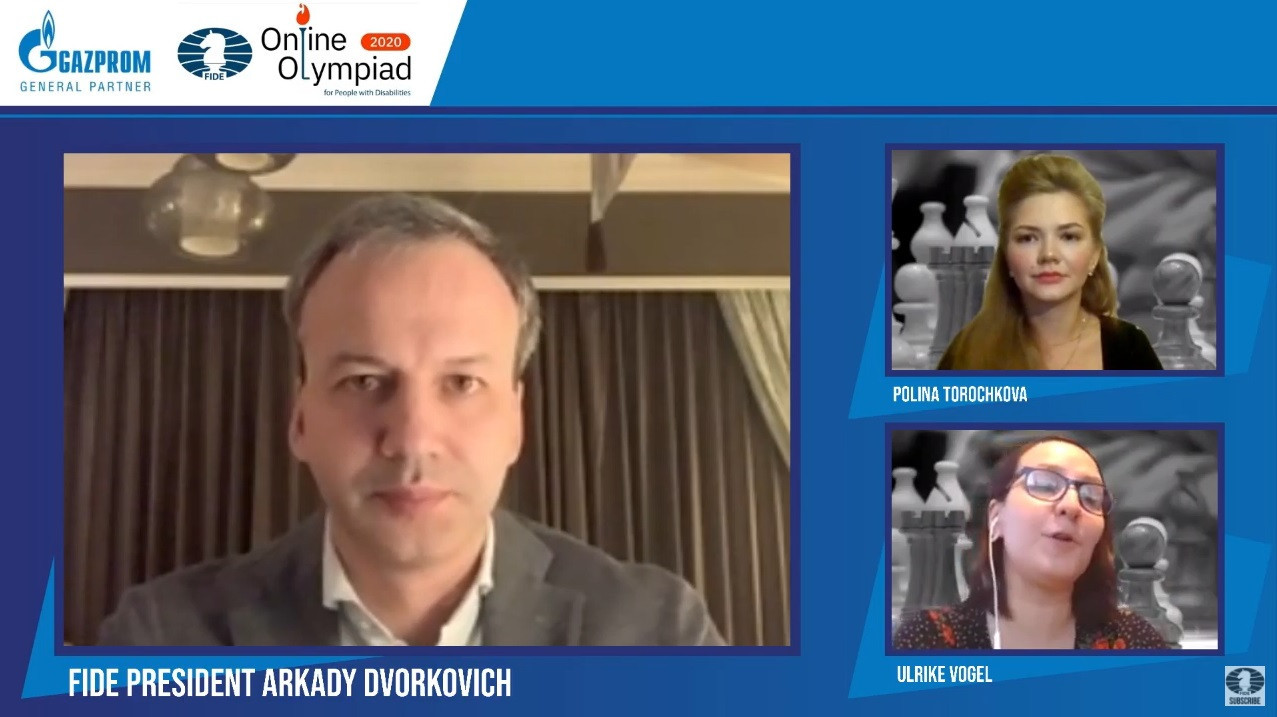 A total of 61 teams from 45 countries are set to take part in the inaugural Online Olympiad for People with Disabilities after the International Chess Federation (FIDE) created its first database of players with disabilities.

Starting today, the event is due to see teams compete across seven rounds before the top four progress to the semi-final round-robin.

A bronze medal match and final are then due to follow with the online competition expected to end on December 3.

The competition was originally scheduled to take place in Khanty-Mansiysk from August 5 to 17 at the same time as the Chess Olympiad in Moscow.

The two events were postponed in March due to the coronavirus pandemic before a decision was taken to stage them online instead with Russia and India winning the Olympian in August.

"About a year ago we decided that now the World Chess Olympiad will consist of two parts: the traditional Olympiad and for teams in which chess players with different disabilities participate," said Dvorkovich.

"It was supposed to take place in the usual format, in Khanty-Mansiysk this year, but we are spending 2020 online and decided that there was no reason to postpone it."

Russia is expected to be among the favourites having fielded three teams according to TASS.

Dvorkovich revealed he was hoping to gain the support of the International Paralympic Committee (IPC).

"We talked with the Russian Paralympic Committee, which fully supported our initiative," said Dvorkovich.

"Now it is supporting the involvement of the International Paralympic Committee in this process.

"I sent a letter to the IPC President a few days ago and hope for the support and participation of our colleagues in the ceremonies.

"Chess is not formally included to the programme for the Paralympic Games, but I am sure that colleagues will support our initiative."

With the help of FIDE vice-president Akaki Iashvili, Dvorkovich revealed they were able to put together a database of chess players with disabilities.

"Now we can see that we have a huge number of chess players with disabilities," said Dvorkovich.

"There are countries where several hundred people have already registered, these are India, Iran, and Russia."