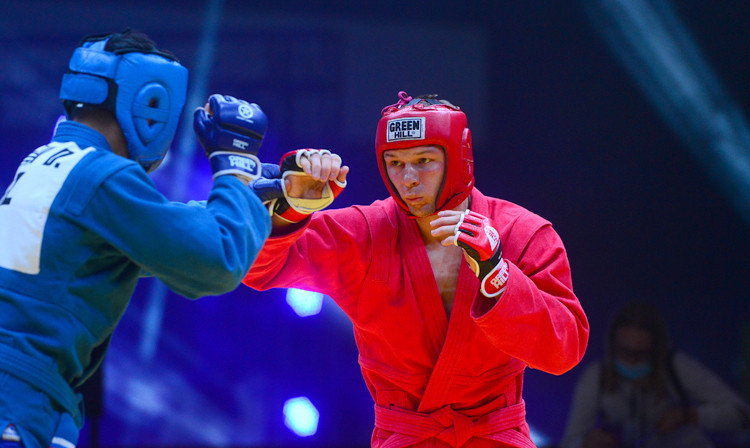 Three-time combat sambo world champion Vladislav Rudniev believes the gulf in quality between Russia and the rest of the world is closing, after he won another title at the World Sambo Championships in Novi Sad in Serbia earlier this month.

Rudniev won the combat sambo under-74-kilogram final against Kyrgyzstan's Daiyrbek Karyiaev, and was one of two Ukrainians to win a gold medal at the event.

Russia topped the medals table with 17 golds - down from 20 the previous year.

Rudniev claims that the Ukrainian team no longer fear Russia, despite their continued dominance.

"Just three years ago, the Russian national team was for us something from the world of fantasy," said Rudniev, speaking to the International Sambo Federation website.

"We even joked among ourselves: 'When you go to [face] Russia, you think, and who is next to me for the third place?'

"And this halo of invincibility was in the way, literally zombified you."

Rudniev is the first Ukrainian to become a three-time world champion in sambo.

He and his team mates now "understand that Russians are the same rivals, the same people with their own advantages and disadvantages," Rudniev continued.

"Therefore, climbing the pedestal, I not only felt pride in my country, but also wanted to show the Ukrainian team and the younger generation that everything is possible, everything is real, just a lot of work needs to be done."

Rudniev added that he would consider moving to professional mixed martial arts in the future, as a number of other decorated sambists have.