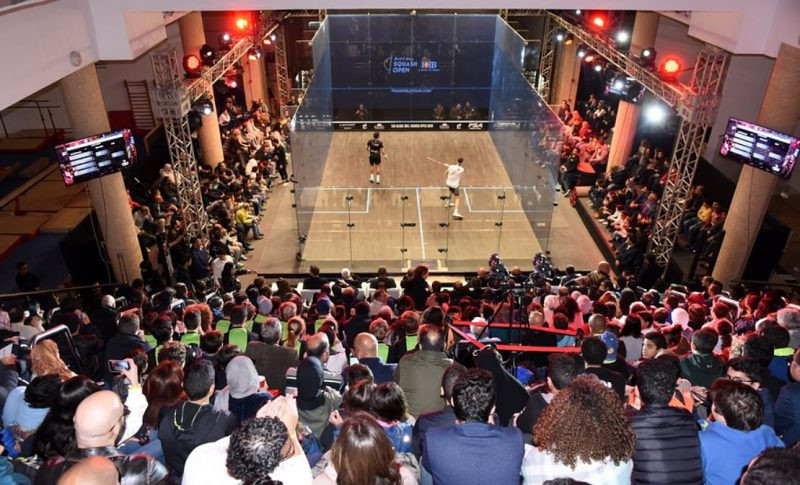 The draw for the men and women's competition at the Black Ball Squash Open in Cairo has been published.

Competition in the Black Ball Squash Open, a Professional Squash Association (PSA) World Tour Gold tournament, is set to be held at Black Ball Sporting Club in the Egyptian capital.

A women's event is scheduled for December 7 to 12, followed by a men's contest from December 13 to 18.

In the women’s tournament, four-time world champion Nour El Sherbini will play her first match since reclaiming the world number one spot from Nouran Gohar and takes on fellow Egyptian Zeina Mickawy in the opening round.

El Tayeb must negotiate a draw that could see her come up against Egypt's defending champion Hania El Hammamy in the quarter-finals, however.

On the bottom half of the draw, number two seed Gohar lines up against another Egyptian, Farida Mohamed, and French world number four Camille Serme, British world number six Sarah-Jane Perry and New Zealand's world number eight Joelle King on her side of the draw.

In the men's contest, all eyes are on a potential second-round match between New Zealand's world number five Paul Coll and junior world champion Mostafa Asal.

The pair met in the Egyptian Open at the Great Pyramid of Giza last month, with Asal delighting the home crowd after defeating Coll in a five-game battle.

Coll must make it past Germany’s Raphael Kandra in round one and will face Asal in the last sixteen if the world number 14 can beat Qatar’s Abdulla Mohd Al Tamimi.

World number one Ali Farag is the top seed for the men's event and will take on Spain’s Iker Pajares Bernabeu in round one, while his fellow Egyptian Karim Abdel Gawad, winner of the inaugural men’s Black Ball Open in 2018, plays compatriot Mohamed ElSherbini in the opening round.

The tournament, which offers equal prize money of $112,500 (£84,700/€94,900) for both the men's and women's events, will abide by strict COVID-19 protocols with relation to health and safety, international travel policies and social-distancing guidelines.

It will be the final PSA World Tour event of the year, concluding a season severely disrupted by the coronavirus pandemic.