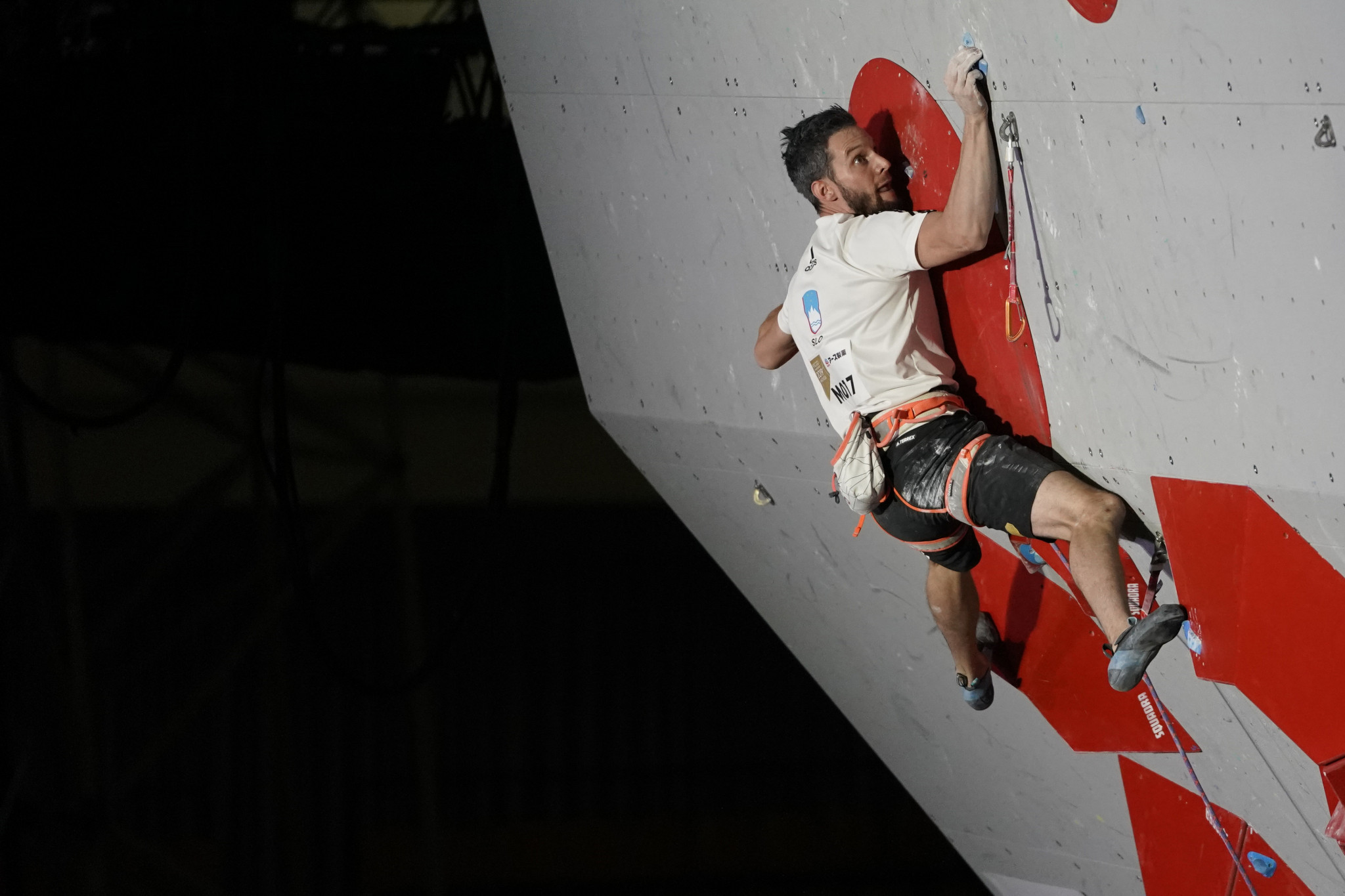 The Slovenian, who will be aiming to qualify for the Tokyo 2020 Olympic Games later in the week, had previously admitted he did not want the European Championships to go ahead during the COVID-19 pandemic.

Slovenia, a traditionally strong sport climbing nation, had been considering withdrawing from the competition, but decided to take part due to the event's status as an Olympic qualifier.

France and Austria both did withdraw.

In second place was Sergei Luzhetskii after the Russian achieved one top and four zones in three and eight attempts respectively, while his compatriot Nikolai Iarilovets was third with one top and three zones in two and seven attempts.

Jernej Kruder ?? tops M3 in less than one minute after none of his rivals were able to solve it.

Belgium's Chloe Caulier, who had topped yesterday's qualifying event, finished with silver with four tops and four zones from six attempts of each.

Staša Gejo of Serbia managed two tops and four zones in four attempts of each to earn the bronze medal.

Competition is scheduled to continue tomorrow with the qualification round in the lead event.