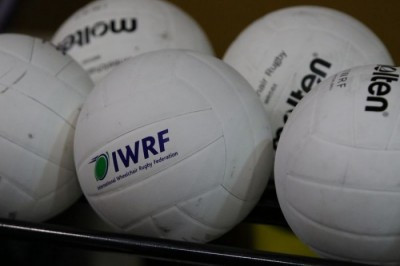 The International Wheelchair Rugby Federation (IWRF) has appointed four regional general managers as part of the restructure of its development department.

The IWRF has appointed officials to serve as the heads of the Americas, Asia and Oceania, Europe, and the Middle East and Africa (MEA) regions.

Former player and coach Juan Foa has been chosen as the regional general manager for the Americas, having served as the Zonal President.

Wheelchair Rugby Australia general manager Chris May has taken up the same position for the Asia and Oceania region, while Great Britain Wheelchair Rugby national development director Lauren Templeton has been appointed to the role for Europe.

The MEA - the only new region created by the IWRF - will be led by Clyde Holland, the chair of South Africa Wheelchair Rugby.

"I continue to be impressed by the commitment and passion of our organisation’s volunteers," said IWRF President Richard Allcroft.

"They are central to who we are and what we are able to achieve.

"The newly formed role of regional general manager will help to focus the development of wheelchair rugby in its respective areas around the globe.

"My thanks and congratulations to the four individuals and I look forward to hearing how their work progresses."