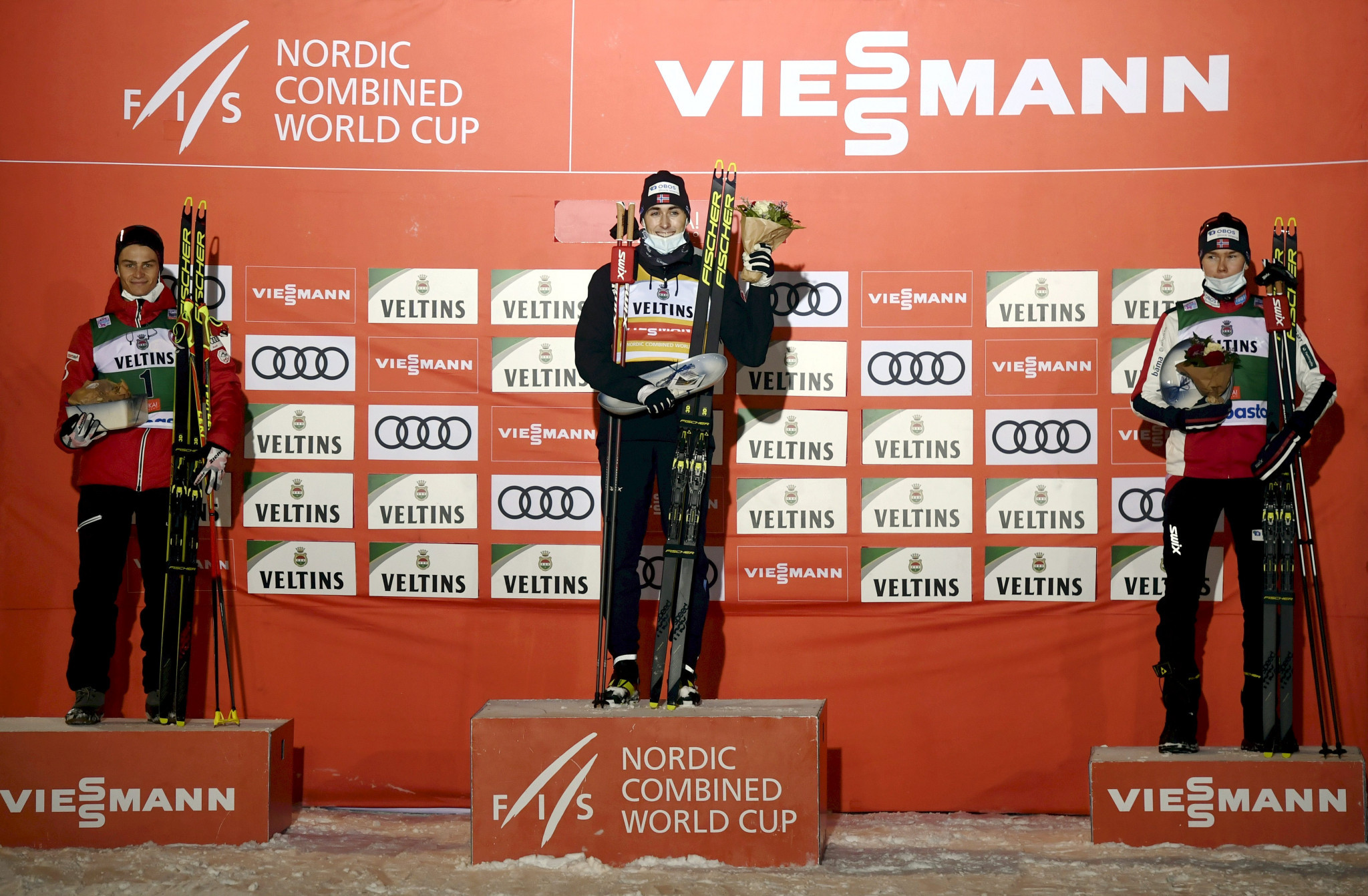 Lamparter had won the ski jumping event after scoring 158.8 points, giving him the advantage going into the five kilometre cross-country race.

Kristjan Ilves of Estonia finished second with 156.0, while Japan's Ryota Yamamoto was third with 152.9.

Riiber, who triumphed in 14 of last season's 17 events, settled for fourth place after scoring 150.7.

Despite the setback, Riiber had closed down both Yamamoto and Ilves by the 2.5km mark in the cross-country contest.

He then overtook Lamparter on the final uphill stage before the finish line to win in 12mins 24.4secs, with the 19-year-old just a second behind.

Oftebro, who finished with 147.1 in the ski jump, passed his opponents to finish 17.3 seconds off the pace.

Ilves was in fifth, while Yamamoto slipped down to eighth position.

Competition is scheduled to continue in Ruka tomorrow with a 10km cross-country event.