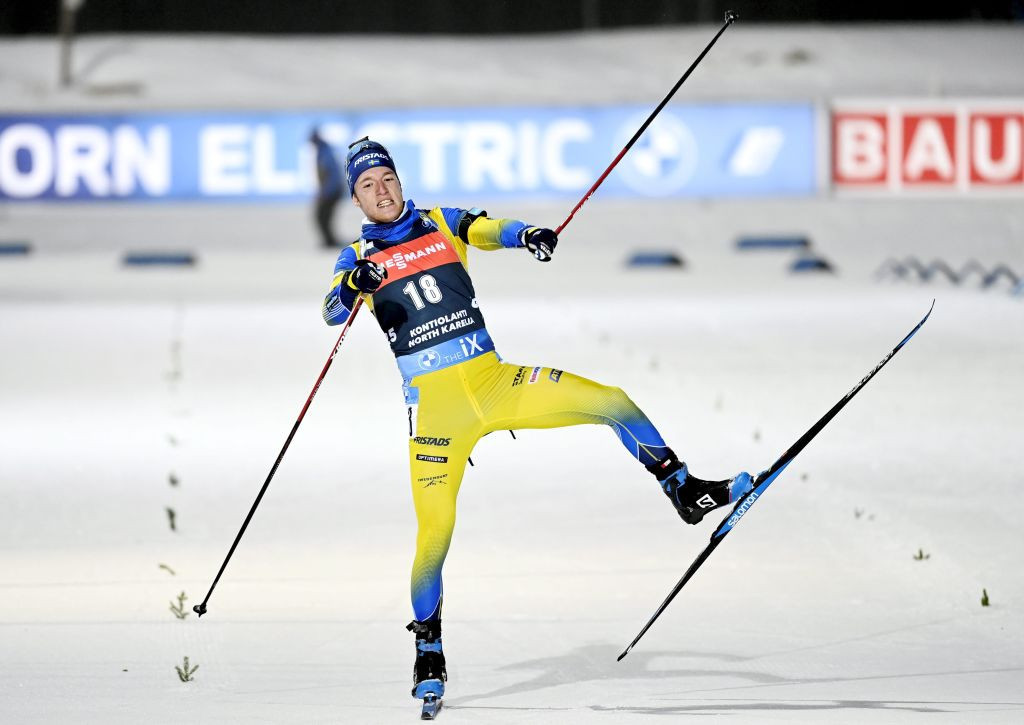 Samuelsson won the men's 12.5 kilometres pursuit in a time of 32min 26.7sec after taking control of the race on the final standing shooting stage.

The Swede, who claimed silver in the same event at the 2018 Winter Olympics in Pyeongchang as well as a relay gold, overtook Norway's defending World Cup champion Johannes Thingnes Bø on his way to earning his first victory on the circuit.

Bø, who triumphed in the sprint on the opening weekend of the season at the Finnish venue, had to settle for bronze as he finished behind Fabien Claude of France.

Claude was 15.8sec adrift of Samuelsson, with Bø a further 4.1 behind in third.

Samuelsson's victory means there has been four different winners of the first four men's races of the season.

"It is crazy…I do not know what to say," said Samuelsson.

"To win today, I think it means a lot to our team. It proves once again how strong we are this year." @hannaaaoberg

First @SebbeSamuelsson's maiden victory, now the first victory in a relay for all 4 women in the 🇸🇪 relay team. Swedish Saturday in @KlahtiBiathlon. pic.twitter.com/k8RdZOyr7m

"I feel just so happy; this is something I dreamt of since I was a little boy.

"It felt already so emotional on the last shooting when I was there with Johannes.

"He is a legend for me; to be able to shoot with him as an equal was an amazing feeling.

"The last lap was tough but I did my best."

Sweden later topped the podium in the women's 4x6m relay to earn the country's first World Cup win in the event for almost 10 years.

Hanna Öberg continued her strong start to the campaign by anchoring the Swedish quartet, which also included her sister Elvira, Johanna Skottheim and Mona Brorsson, to gold in 1 hour 12min and 44.5sec.

France were second, 9.6sec back, while Germany took third.

The result handed Öberg, who clinched her second consecutive World Cup sprint win yesterday, a third triumph of the season.

The event in Kontiolhati concludes tomorrow with the men's 4x7.5km relay and women's 10km pursuit.

Races are being held behind closed doors due to the COVID-19 crisis.