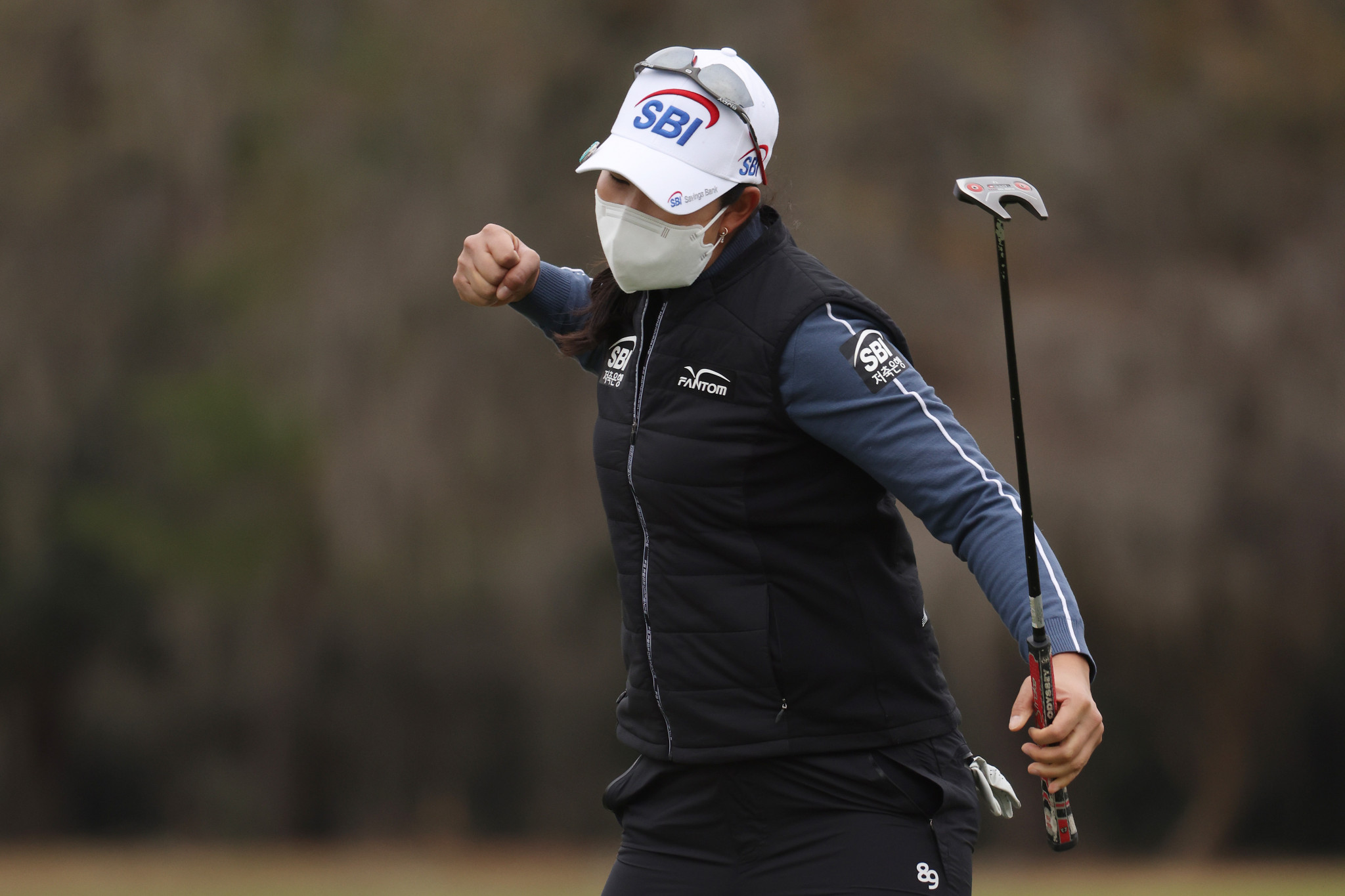 A brilliant final round saw Kim A-lim come from five shots back to win the US Women's Open in Houston.

The South Korean finished with three straight birdies to shoot a four-under-par 67, and win by one shot at at The Champions Golf Club.

Kim was three under par after four rounds.

It is not only the 25-year-old's first major title, but also her first Ladies Professional Golf Association (LPGA) victory.

The final round had been delayed by a day because of inclement weather, and was completed in chilly conditions which saw some players wear earmuffs and others don puffy jackets between shots.

Japan's Hinako Shibuno, who held a one-shot lead heading into the final round, dropped three shots to finish fourth at one under par.

American Amy Olson, who was playing in spite of her father-in-law passing away over the weekend, held an outright lead at one stage but was eclipsed by Kim and ended up in a tie for second place, despite a final-hole birdie.

Ko Jin-young also birdied the 72nd hole and shared second place with Olson, one shot behind the winner.

Ko, and a 25-year-old South Korean, won two majors in 2019 and now has top-two finishes at four of the five women's golf majors.

This was the 75th edition of the US Women's Open and the first played in December, after the coronavirus pandemic caused its postponement.

It was also the first time the winner received the Mickey Wright Medal, honouring the legendary American player who won 13 major titles and passed away earlier this year.