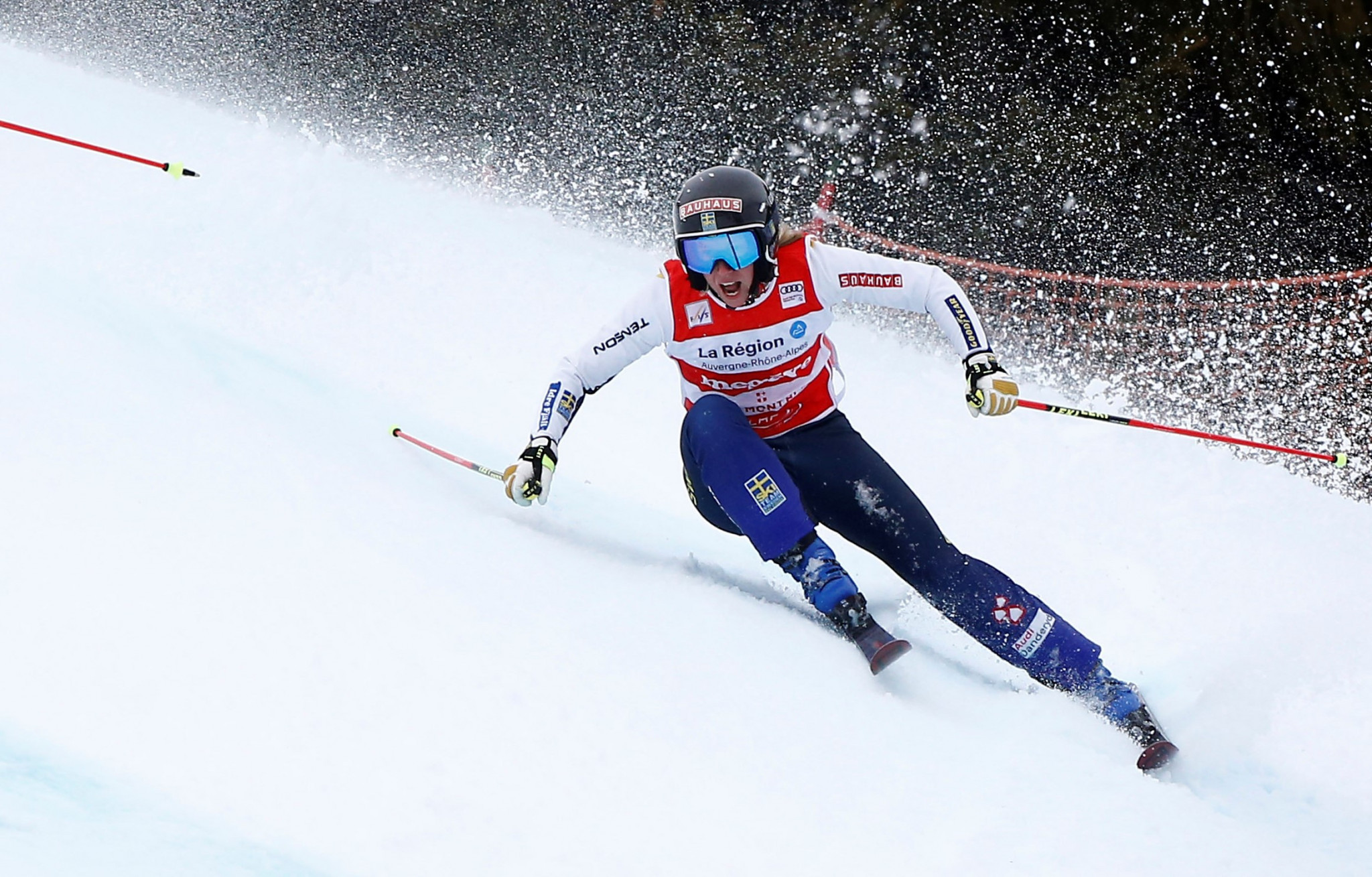 Both secured maiden World Cup victories under floodlights at the Swiss resort.

In the men's contest, 21-year-old Mobärg was the only non-Swiss skier in the final but triumphed ahead of 2012-2013 champion Alex Fiva, who came second.

Mobärg, tied for the third-fastest time of qualifying, won four of his five races, placing second in the quarter-finals.

Olympic champion Brady Leman, who topped qualifying, exited in the round of 32, as did defending FIS Ski Cross World Cup champion and fellow Canadian Kevin Drury.

In the women's contest, Edebo ended the night with four wins from four races.

Canada's Marielle Thompson, third in the overall standings last season, went out in the first round.