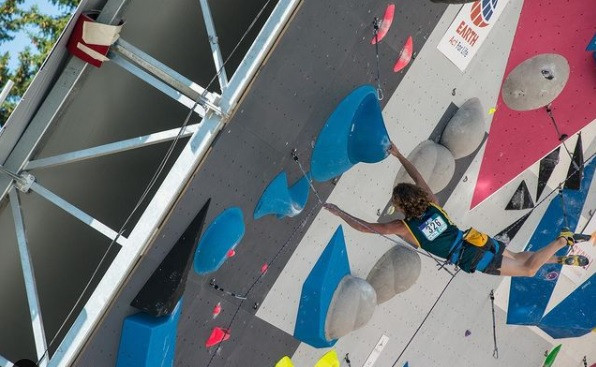 South Africa's Chris Cosser qualified for the final of the men's combined event in first place at the International Federation of Sport Climbing (IFSC) African Championships in Cape Town.

Cosser topped the standings ahead of compatriots Calrin Curtis and David Naude, who finished second and third, respectively.

The majority of the field was comprised of South African athletes, all of whom are seeking to book a spot in the first Olympic sport climbing competition.

Two quota places at Tokyo 2020, where sport climbing is set to make its Olympic debut, are on offer at the event in Cape Town.

They will be claimed by the winners of the men's and women's combined events, which sees athletes tackle all three disciplines - bouldering, lead and speed.

The women's combined final is scheduled to take place tomorrow, before the men's event takes centre stage on Sunday (December 20).

The last two Tokyo 2020 berths in sport climbing will be up for grabs during the Oceania Championships in Sydney, which begin tomorrow and conclude on Sunday.

It will mark an end to a qualification process that has been severely impacted by the coronavirus pandemic.

The Asian Championships were cancelled, while some athletes expressed concerns over the European Championships, which went ahead in Moscow last month.

The quotas which had been due to be claimed at the Asian Championships in Xiamen in China will be reallocated based on the rankings from the 2019 World Championships.