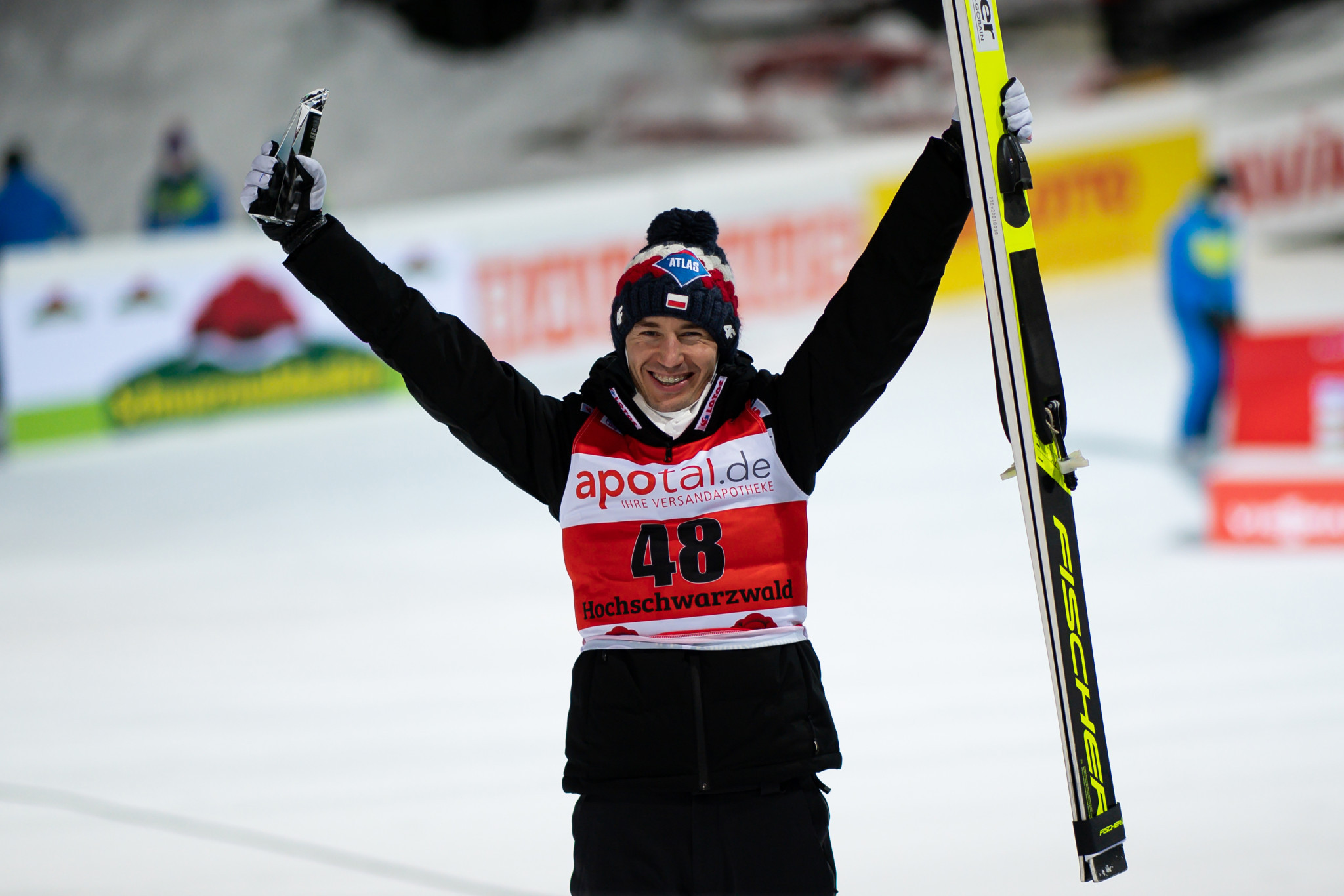 Poland's Kamil Stoch has extended his winning streak to three after taking victory in the latest leg of the International Ski Federation (FIS) Ski Jumping World Cup in Titisee-Neustadt in Germany.

With a total of 281.6 points, the three-time Olympic champion finished four points ahead of the overall World Cup leader Halvor Egner Granerud of Norway.

Both were a large margin ahead of bronze medallist Piotr Żyła of Poland, who finished just ahead of Germany's Markus Eisenbichler.

A third Pole completed the top five, with Andrzej Stękała putting in another top performance.

Stoch's run continues on from the FIS Four Hills Tournament, where he won the two legs in Austria in Innsbruck and Bischofshofen.

A second leg is set to take place tomorrow in Titisee-Neustadt.

In the overall World Cup standings, Granerud still has a lead of over 200 points to Eisenbichler, closely followed by Stoch.

A larger gap goes back to the Polish pairing of Żyła and Kubacki in fourth and fifth.