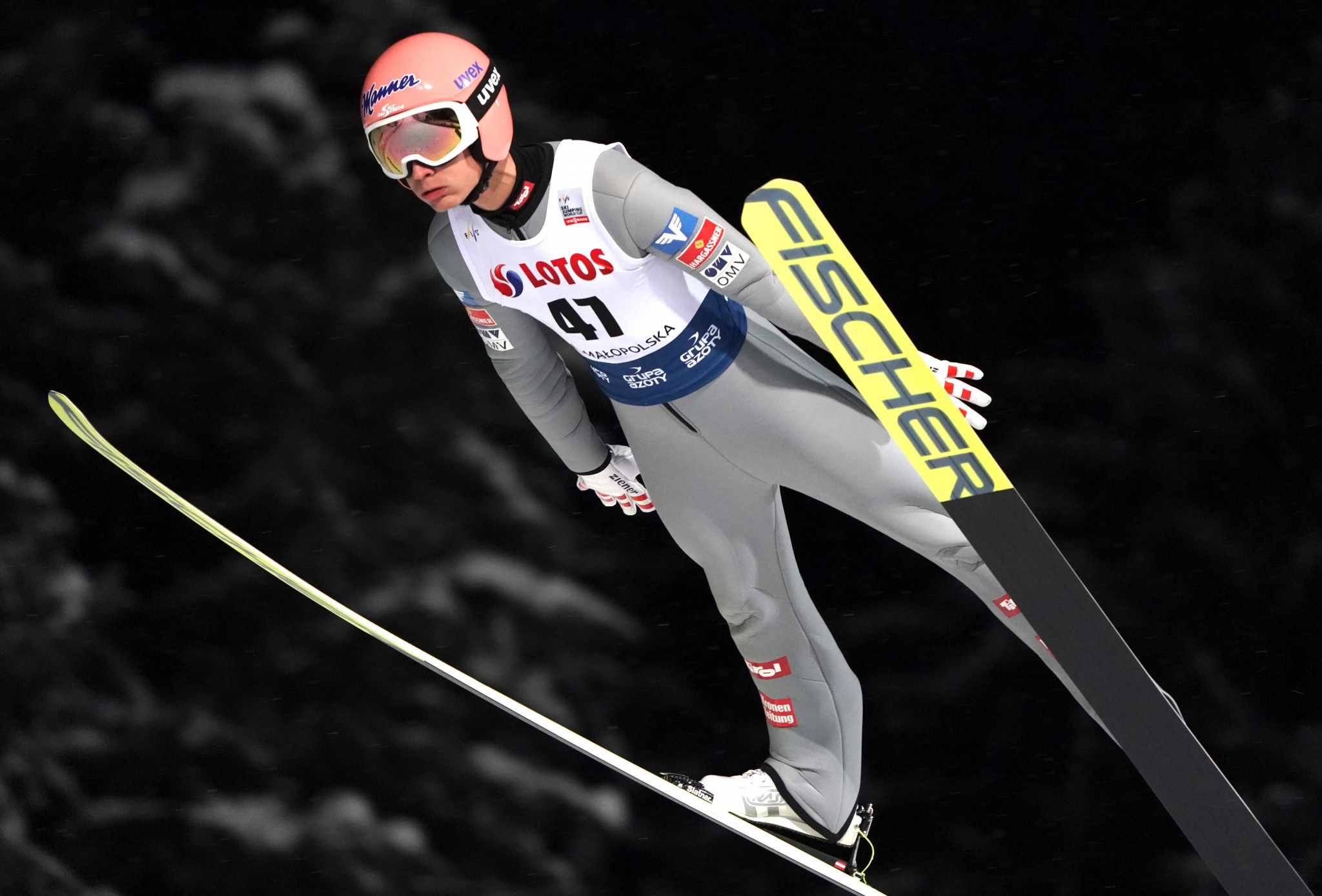 Michael Hayboeck, Jan Hoerl, Phillip Aschenwald and Daniel Huber combined for Austria to achieve a total of 991.2 points in the night event.

Huber led the Austrian challenge with his jumps earning 136.2 and 130.7 for their tally.

The Austrian team had posted the second highest team score in the first and second round, but their consistency proved enough to triumph overall.

Poland had led at the halfway mark of the competition with Piotr Zyla, Kamil Stoch, Andrzej Stekala and Dawid Kubacki impressing to score 511.6 points.

The quartet were only able to score 470.7 points in the second round, the fourth highest total.

The combined total of 982.3 was enough for second place overall.

Norway were the top scorers in the second round of the competition, with their team ending in third place in the overall standings.

Their team of Daniel Andre Tande, Halvor Egner Granerud, Marius Lindvik and Robert Johansson finished with a tally of 974.8 points.

Attention will now turn to the individual event tomorrow.

The two events will be held on February 13 and 14, replacing cancelled competitions in China’s capital city Beijing.