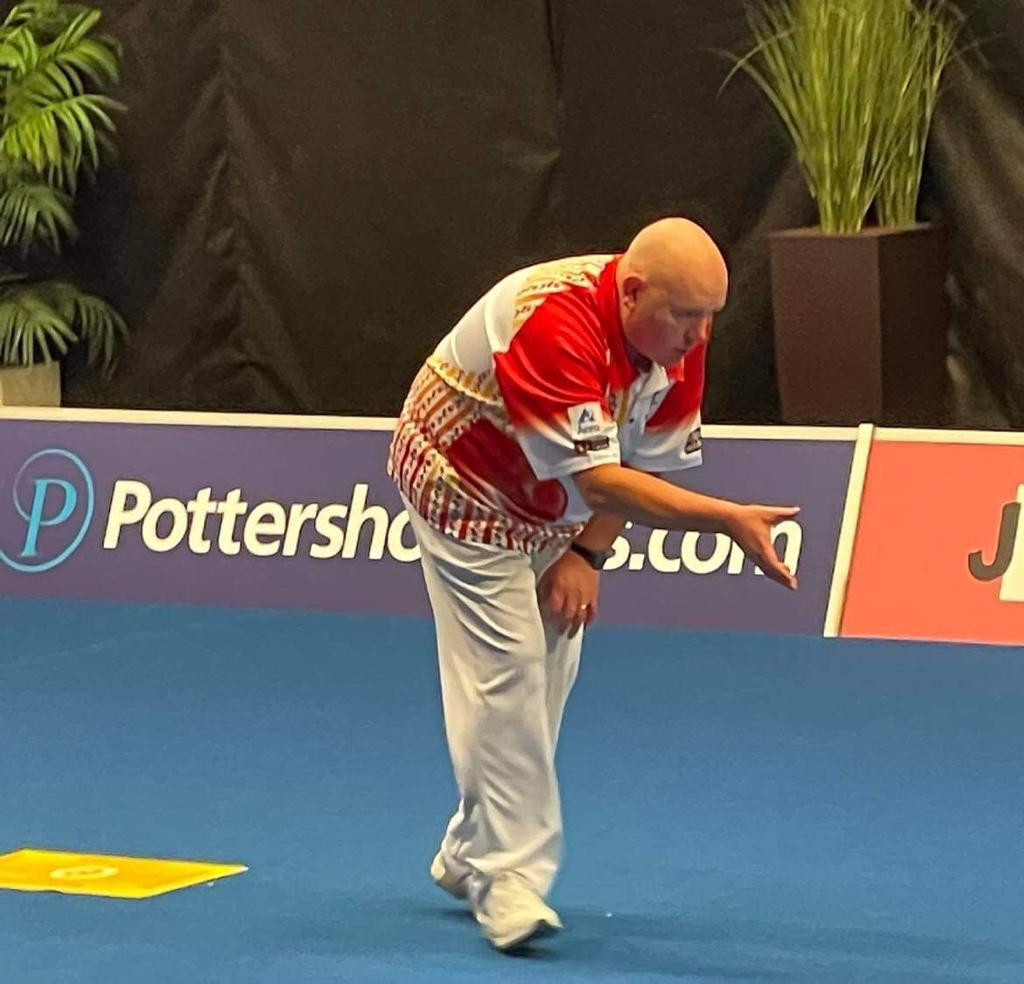 Marshall, who has won the open singles title a record six times, started his quest for another triumph against fellow Scot James Rippey.

Marshall showcased why he is widely considered one of the sport’s greats as he scored two full houses on his way to taking the first set 12-7.

The second set was keenly contested and although Rippey led by a shot after six ends, Marshall, who said in an interview afterwards that he "could not have played much better", took it 9-5 to close out the win.

In the day’s other open singles match Rednall became the second woman to book her place in round two after a three set victory over compatriot Stuart Irwin.

Rednall, who is seven months pregnant, was narrowly beaten in the first set after Irwin scored a treble on the penultimate end on his way to taking it 9-6.

A thrilling second set saw the players level heading into the last end, and Rednall scored the shot required to take it 7-6 and force a tie-break.

Rednall took the tie-break set by two ends to zero, with Irwin unable to save the match in end two, after his drive at the head could only spring the jack to Rednall’s back bowl.

Willgress took the first set 10-5 thanks to back-to-back doubles and then pinched the second set 10-8 thanks to a treble on the final end.

The final match of the day saw 2015 champion Laura Daniels of Wales overcome Scotland’s Carla Banks in a dramatic final end of a match tie-break.

A tight first set was taken 8-7 by Banks before a keenly contested second set was also decided by a single shot, this time 7-6 in Daniels’ favour.

That took the match to a tie-break set and after the first two ends were shared, it meant a contest with little to separate the two players throughout would finally be decided in a one-end shoot-out.

Banks looked like she would win with her opening bowl which landed just inches from the jack but Daniels played a weighted shot with her last wood and got lucky as the jack rebounded up the rink and landed closest to one of her bowls to give her the victory.

Tomorrow’s action at Potters Leisure Resort in Great Yarmouth, England, sees the mixed pairs semi-finals take centre stage, while there is also a further first round match in the open singles.