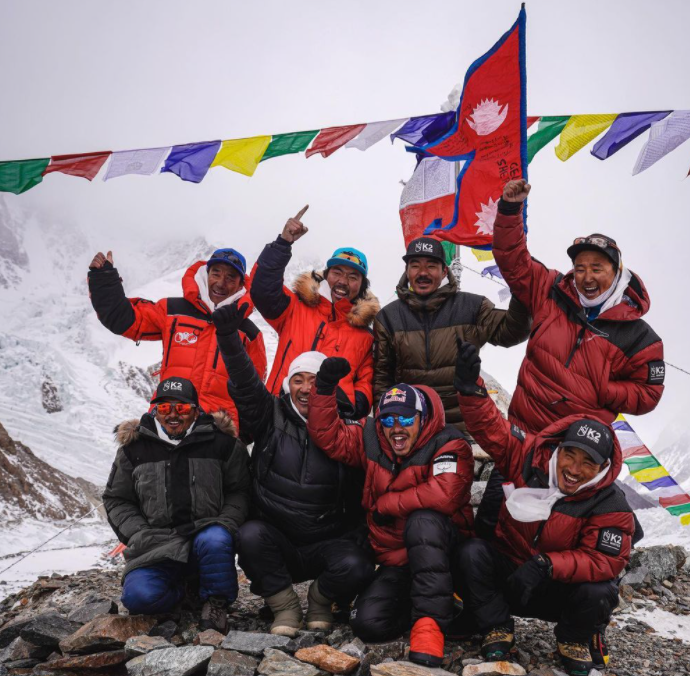 The International Climbing and Mountaineering Federation (UIAA) has congratulated a team of Nepali climbers who have become the first to mount a successful ascent of K2 in winter.

The UIAA say K2 was the only one of the commonly recognised mountains over 8,000 metres which had not be successful ascended during the winter months.

K2 is the second-highest mountain in the world at 8,611 metres.

Nirmal Purja Pun Magar, who climbed the fourteen 8,000m peaks in a little over six months in 2019, was also among the climbers.

"On behalf of the UIAA, its Executive Board, Management Committee and members, I congratulate the Nepali K2 climbing team on its successful ascent of K2 in winter," said Peter Muir, UIAA President.

"It is an outstanding achievement, and all mountaineers are very proud of you."

K2 has been dubbed "the Mountain of Mountains" by mountaineer and UIAA Honorary Member Reinhold Messner.

The first successful ascent of K2 was the 1954 Italian Karakoram expedition, which was achieved by climbers Achille Compagnoni and Lino Lacedelli.

For the past 30 years a number of groups, primarily from Italy, Poland and Russia have unsuccessfully attempted to reach the summit.