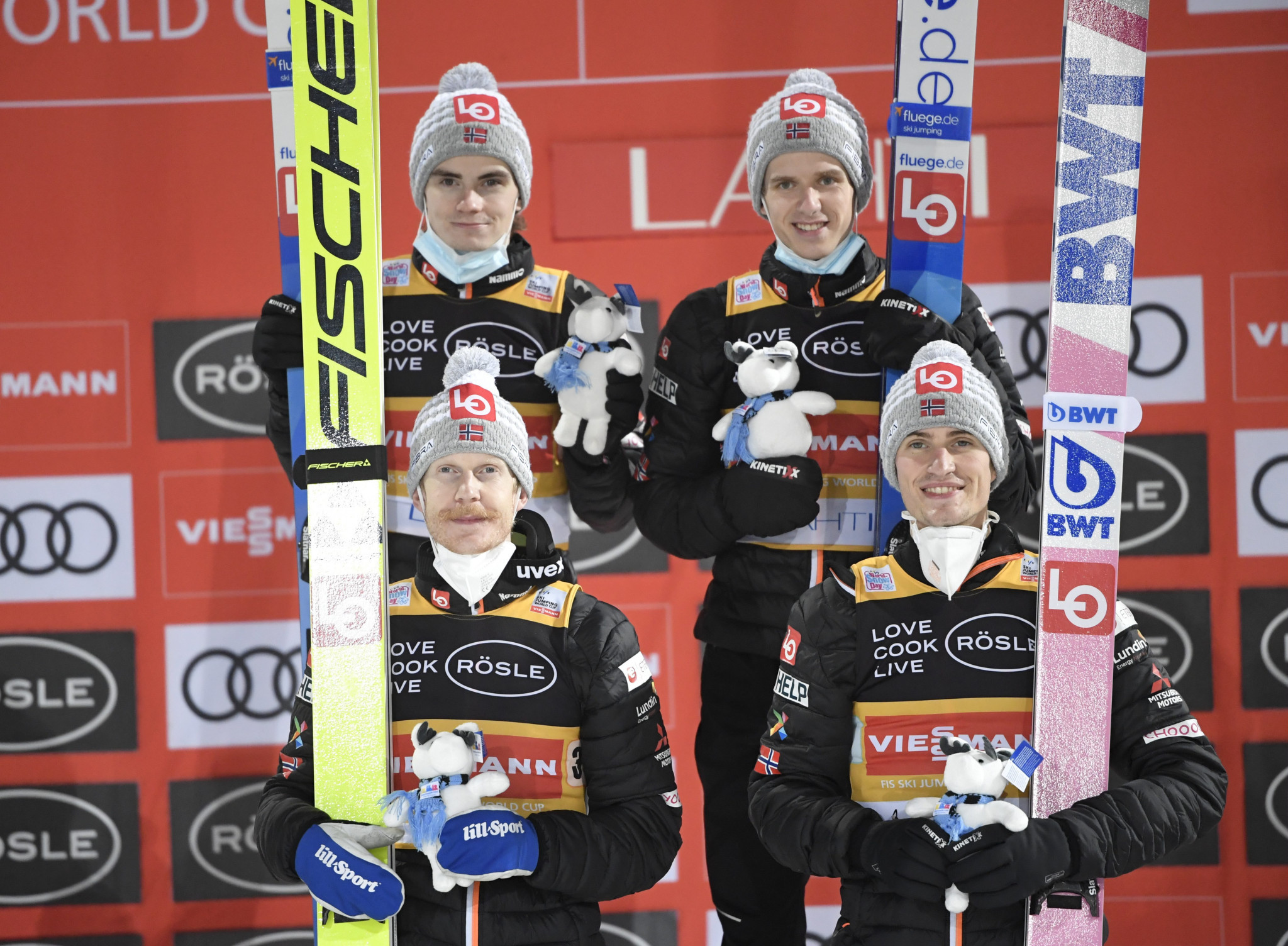 Marius Lindvik, Daniel-André Tande and Robert Johansson were also in the winning team in Lahti in Finland.

Granerud produced a monumental round-one jump of 130.0 metres to score 141.2 points, more than 10 more than any his team mates.

Two good jumps from Johansson also helped the quartet to win the gold medal via a final score of 1,024.2 points.

Stękała's first-round jump, which scored 131.2, was also pivotal in keeping Poland ahead of bronze medallists Germany, who finished with a total of 1,014.4.

Karl Geiger was Germany's star and the top jumper of the day with an accumulative score of 272.4 from his two attempts.

He and Geiger were backed up by Pius Paschke and Martin Hamann.

Austria had won the previous two team events, but could only finish fourth ahead of Japan in fifth.

An individual contest on the large hill is scheduled to conclude the World Cup leg in Lahti tomorrow.