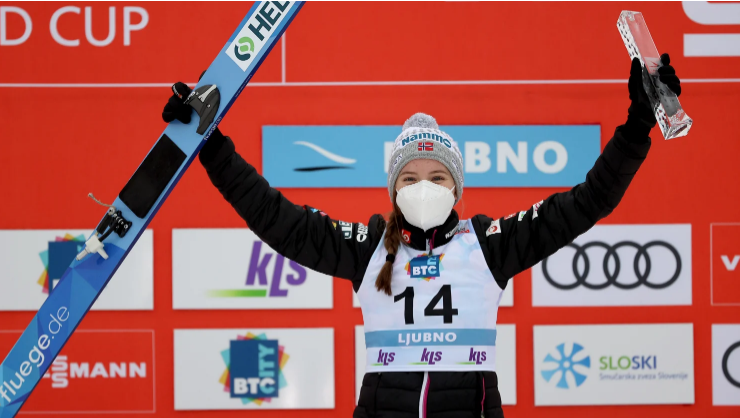 The 19-year-old won in only her second World Cup appearance, having already finished second with Norway in yesterday's team contest.

Her nearest opponent was Ema Klinec of Slovenia, who utilised home advantage to record jumps of 94.0m and 86.5m and finish on 242.8 points.

She is now on 160 points in the World Cup leaderboard, with Japan's Sara Takanashi moving up to second on 110 after just missing today's podium in fourth place.

Slovenia's Nika Križnar moved down to third on 106 after a disappointing 10th-place result.

Titisee-Neustadt is set to host the next FIS Ski Jumping World Cup event on Saturday and Sunday (January 30 and 31).

There will be two individual contests held in the German town.