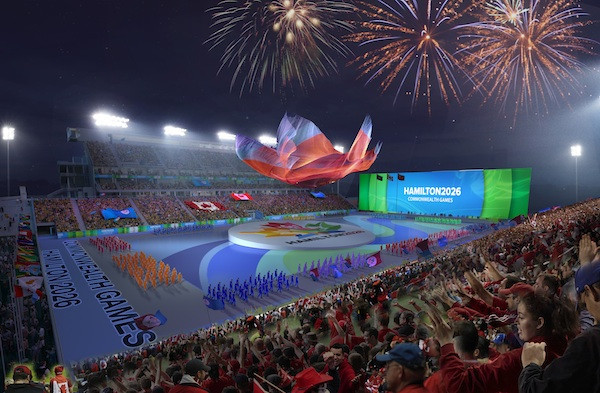 A decision on whether the Ontario Government will back a bid from Hamilton to host the Commonwealth Games is expected shortly, it was claimed by the head of the group lobbying for the Canadian city to host the event.

Hamilton would appear to have a clear run at staging the 2026 Commonwealth Games with no other serious bidders having so far emerged.

But the Ontario Government is reluctant to back a bid for 2026 because it wants to concentrate on ensuring the province is chosen to have a host city for the FIFA World Cup due to take place that year in the United States, Canada and Mexico.

Ontario's Government could be prepared to support hosting the event in 2027 - which would be out of the Commonwealth Games Federation’s traditional four-year cycle - or 2030, which would mark the centenary of the first British Empire Games staged in Hamilton.

"As some may recall, leading up to the holiday period we had resolved to hold our efforts in abeyance having facilitated direct communication between the Commonwealth Games Federation and representatives of the Provincial Government with a view to their working to determine whether a hosting program in 2026 was viable," Louis Frapporti, the chairman of Hamilton 2026, wrote in an open letter published tonight.

"With the ending of the holiday break we enquired as to the status of those discussions with the Commonwealth Games Federation, Commonwealth Sport Canada and the Provincial Government.

"Having done so, we were informed earlier this week that the Province is working to make a decision on this offer imminently which they expect to convey to us in the near future."

Frapporti acknowledged that the COVID-19 pandemic has made the situation even more complicated.

"It goes without saying that the pandemic and its impacts are continuing, and arguably worsening, beyond our expectations, which understandably complicates this effort considerably,” he wrote.

"And while to our minds, the deepening societal impact of the pandemic further underscores the rationale for a pandemic recovery initiative which incents heightened private and public investment in this region, especially around housing, we are of the view that the current emergency warrants our holding the matter in abeyance pending a clear affirmation of interest provincially and a credible direction to us to move forward.

"Without pre-judging the outcome of these recent deliberations, we wish to confirm that should the Province clearly express its reluctance to pursue a pre-2030 event (in ’26 or ’27) we will immediately cease our efforts in that regard.

"In the event that the Province expresses a willingness to discuss the matter further when the crisis subsides, thereby permitting a more careful assessment of the recovery opportunity presented by the Games, we would be delighted to consider further activity.

"Ultimately, whether or not there is a clear path to a pre-2030 Games, we are of the view that the reconsideration of our hosting proposal over the last several months, prompted by the pandemic, was invaluable.

"Owing to this effort, we are resolved to curate a much more economical and inclusive hosting plan focused on social impact, sustainable development and health and wellness, as the centre piece of our bid for 2030 (if required).

"In that regard, while we acknowledge that all levels of Government had communicated their support for our 2030 bid, and many of you expressed a preference for that opportunity over the certainty of hosting in 2026, the reality is that the cost and nature of the 2030 bid warrants further deliberation.

"This was made evident to us throughout our public consultation efforts and in feedback from community stakeholders.

"To be sure, this is a conversation to be taken up at a later date, but we think it important to signal our intention now.

"Irrespective of the outcome of the province’s continuing deliberations, we wish to say without equivocation and with great appreciation that our friends at the Commonwealth Games Federation and Commonwealth Sport Canada have remained encouraging and supportive of our efforts, caring partners, and organizations that will have our continuing support owing to their values and aspirations which we wholeheartedly share and embrace."