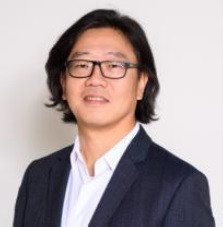 Seong Sin Han has been appointed as an independent director on the International Wheelchair Rugby Federation (IWRF) Board.

The IWRF believes Seong will provide invaluable input to the Board due to his background in the legal and sports industries.

Seong is currently the chief counsel in commercial and technology services at UEFA where he has worked since 2005.

He also had a spell working for FIFA and Swiss marketing agency ISL Worldwide.

According to the IWRF, Seong wants to bring meaningful benefit and change rather than simply adding to commercial and sporting success.

"It was a pleasure meeting with Seong and listening to his motivation for being involved in wheelchair rugby," said IWRF President Richard Allcroft.

"I am excited that he has accepted the appointment and I look forward to his contribution to the sport.

"Having someone of his experience providing a fresh perspective, ideas and strategic approaches to our business will be extremely beneficial."

In October last year, the IWRF said it was looking to fill two vacancies on its non-executive Board of Directors after moving into what it described as "a new strategic period".

The organisation - which considers itself as a world leader in wheelchair sport - spoke of its ambition to create an "inclusive and diverse" Board.

Wheelchair rugby was first contested at the Paralympic Games as a demonstration sport at Atlanta 1996.

Medals were then awarded in the sport at Sydney 2000 and it has featured in every Paralympics since.