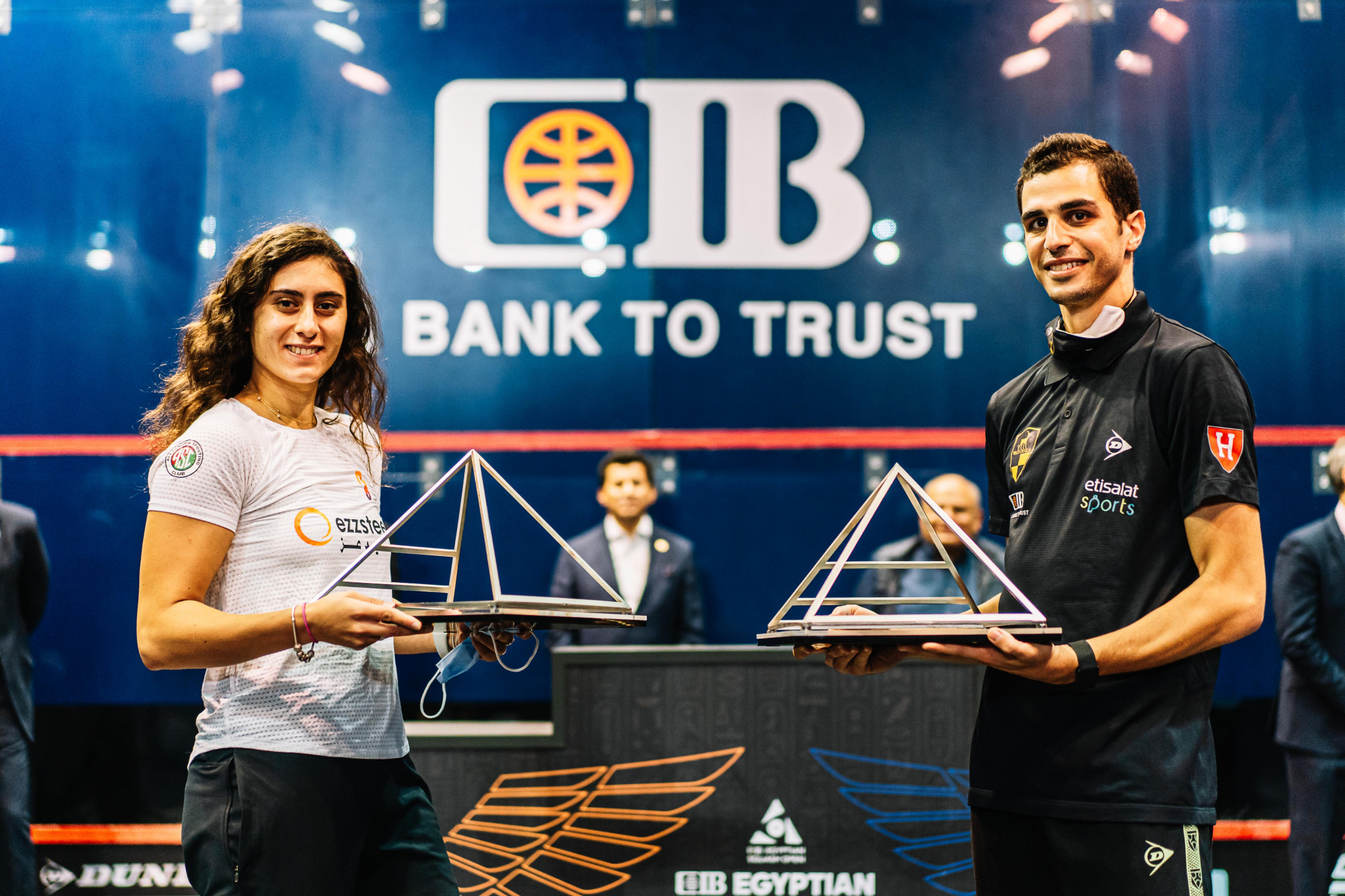 Egypt's world number one players Nour El Sherbini and Ali Farag have retained their places on top of the respective women’s and men’s Professional Squash Association world rankings for February in an unchanged top 20.

With no tournaments taking place on the PSA World Tour in January due to the ongoing effects of the COVID-19 pandemic, El Sherbini and Farag have both made it four successive months as world number one players.

Karim Abdel Gawad completes the top five of the men’s rankings, meaning four of them are Egyptian.

Australia’s Tamika Hunt is a notable mover in the women’s rankings.

The 27-year-old was unranked last month before winning the Sandgate Open to end a three-year PSA hiatus following the birth of her child.

France’s Ella Galova has also risen steeply, moving up 93 spots to world number 254 courtesy of a quarter-final finish at the PSA Squash95 in Paris.

Another French player, Gregory Gaultier, has continued his march up the men’s world rankings after winning both the Enjoy Open and Czech Pro Series 1 to bring his series of PSA titles to 44 PSA.

The 38-year-old former world number one has risen six places to 33, his highest world ranking since May 2019.

Karim Farrag and Daniel Poleshchuk are the biggest movers on the men’s tour, rising 145 places to joint number 527 after reaching the last 16 of the Czech Pro Series 1.