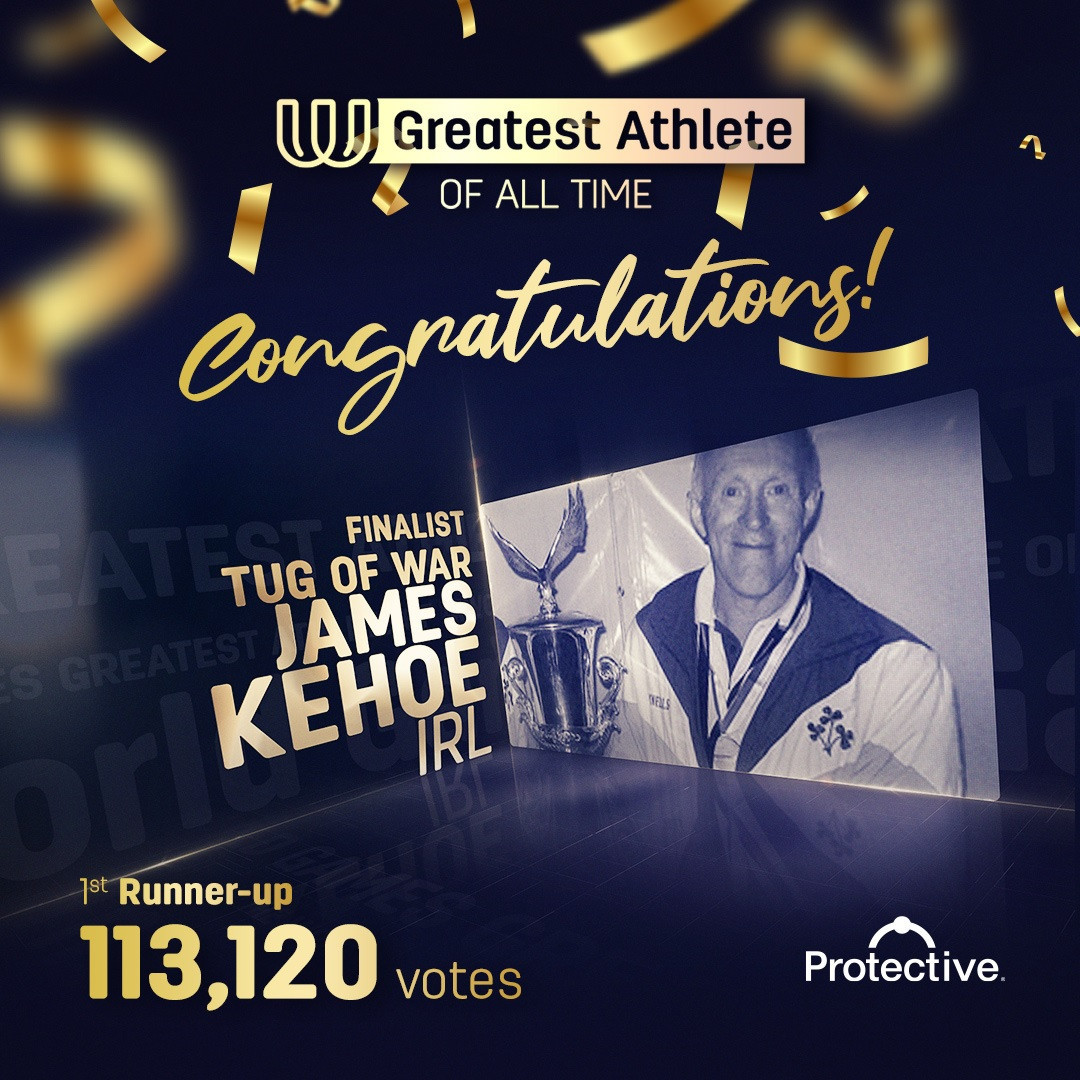 Irish tug of war legend James Kehoe said he had been "totally overwhelmed" by the support he received in the race to become the World Games Greatest Athlete of All Time.

Irish rugby stars Tommy Bowe, Tadhg Furlong and Seán Cronin were among those to get behind the push for Kehoe, a nine-time World Games medallist, to secure the prestigious award.

"During the campaign for the World Games Greatest Athlete of All Time, the support I got was overwhelming," said Kehoe.

"The group organising the campaign pushed the event way beyond the tug of war community, with social media, newspapers, national radio and TV bringing the campaign to the wider public.

"I have to say that the Irish everywhere are always great to support one of their own."

Kehoe credited Martina O'Farrell, secretary of Boley Tug of War Club, for starting the campaign on social media and thanked his family for putting posters up and organising interviews with local and national press.

"It spread throughout the tug of war community, which was helped greatly by our club’s Facebook page," said Kehoe.

"Lots of local and national companies promoted the event through their social media.

"Even the former International rugby player Tommy Bowe posted a video on his social account and on his national morning TV show, asking everyone to get behind me and vote.

"It was all a massive effort indeed."

Kehoe is the only athlete in the history of the World Games to have participated in nine editions.

He competed in the inaugural event in 1981 through to the 2013 edition, winning nine medals including two golds.

"Being a participating athlete and being able to witness the World Games is any sportsperson's dream," said Kehoe.

"Qualifying to compete in the Games is always a goal of our team, and to have won there is the ultimate success."

Kehoe will receive a diploma, a trophy and a branded gift from the official sponsor Protective Life after finishing in the top three of the World Games Greatest of All Time.

"I am a shy person by nature and prefer to be out of the spotlight, but as the competition progressed, much to my surprise I started enjoying it more.

"I am totally overwhelmed by the amount of support I received.

"It has been an honour for me and my club to have taken part in this competition."