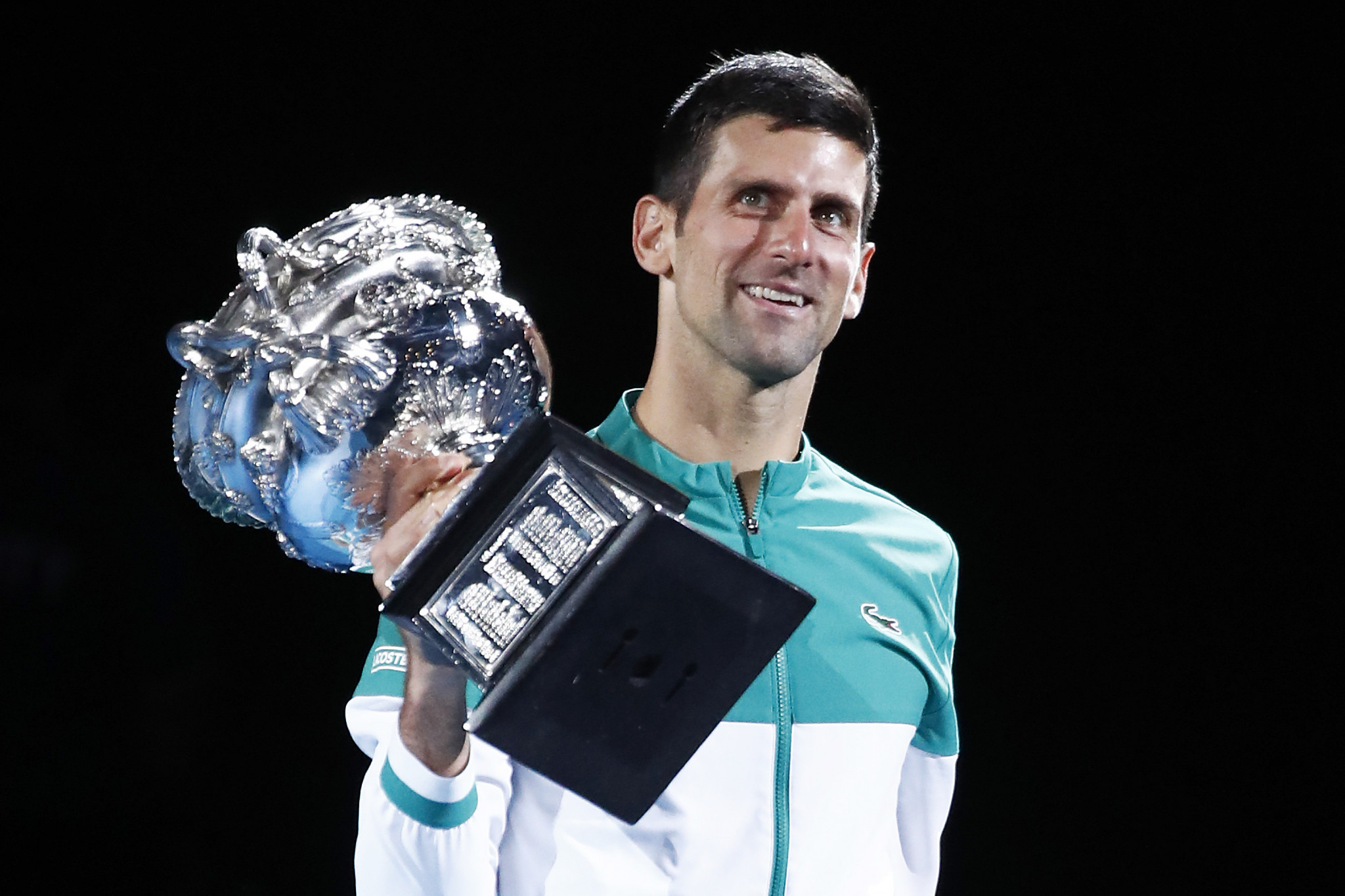 The world number one edged Medvedev in a tight first set before pulling clear to complete an emphatic 7-5, 6-2, 6-2 triumph on the Rod Laver Arena in Melbourne.

World number three Medvedev was on a run of 20 successive victories and had defeated Djokovic in straight sets to win the Association of Tennis Professionals Tour Finals crown in London in December.

But Djokovic proved too strong in all departments today, sweeping Medvedev aside to clinch the title for the third successive year.

The 33-year-old, who had an injury scare earlier in the tournament, said it had been a "rollercoaster week" and praised organisers for staging the event against the backdrop of the coronavirus pandemic.

The Djokovic Dynasty continues 👑@DjokerNole extends his record for most men's singles titles at the #AusOpen, claiming his ninth crown. #AO2021 pic.twitter.com/VdjCS5OhVG

"There are a lot of mixed feelings about what has happened over the last month or so with tennis players coming to Australia," said Djokovic.

"But in the end it was a successful tournament for organisers.

"It wasn’t easy, it was very challenging on many different levels.

"But they should be proud of themselves for what they have put together and allowed us to come to Australian and be standing here.

"Thank you for making this possible.

"I would also like to thank Rod Laver Arena.

"I love you each year more and more."

Djokovic burst 3-0 in front, but Medvedev refused to be overawed in the first set.

After getting off the mark, the 25-year-old dug out a great defensive lob to force an error from Djokovic to break back.

With the match back on serve, the pair traded blows with Medvedev testing Djokovic as the opening set appeared to be heading towards a tiebreak.

But Djokovic stepped up when it mattered, threading a backhand down the line to create three set-point opportunities.

Medvedev saved two of them, but a backhand error then gave Djokovic the first set.

The Russian initially responded well to the setback, breaking Djokovic in the opening game of the second set.

But Djokovic quickly got back on level terms, immediately breaking back before forging 4-1 ahead as Medvedev slipped off the pace.

Medvedev smashed his racket as his frustrations boiled over before Djokovic took the second set in clinical fashion with a deep forehand which his opponent failed to return.

All the momentum was with the Djokovic as Medvedev fell 2-0 behind in the third set after netting a forehand volley.

Djokovic was in complete control, moving 5-2 in front before sealing the title with a smash.

"Nine slams in Australia is amazing and this won't be your last one.

"He was world number one and had just won Wimbledon.

"I thought OK, he's not going to speak to me because the guy was a god for me.

"I was really shy.

"He was talking to me like I was a friend, and I was very surprised.

"He's never changed - he's always been a great sport and a great friend."