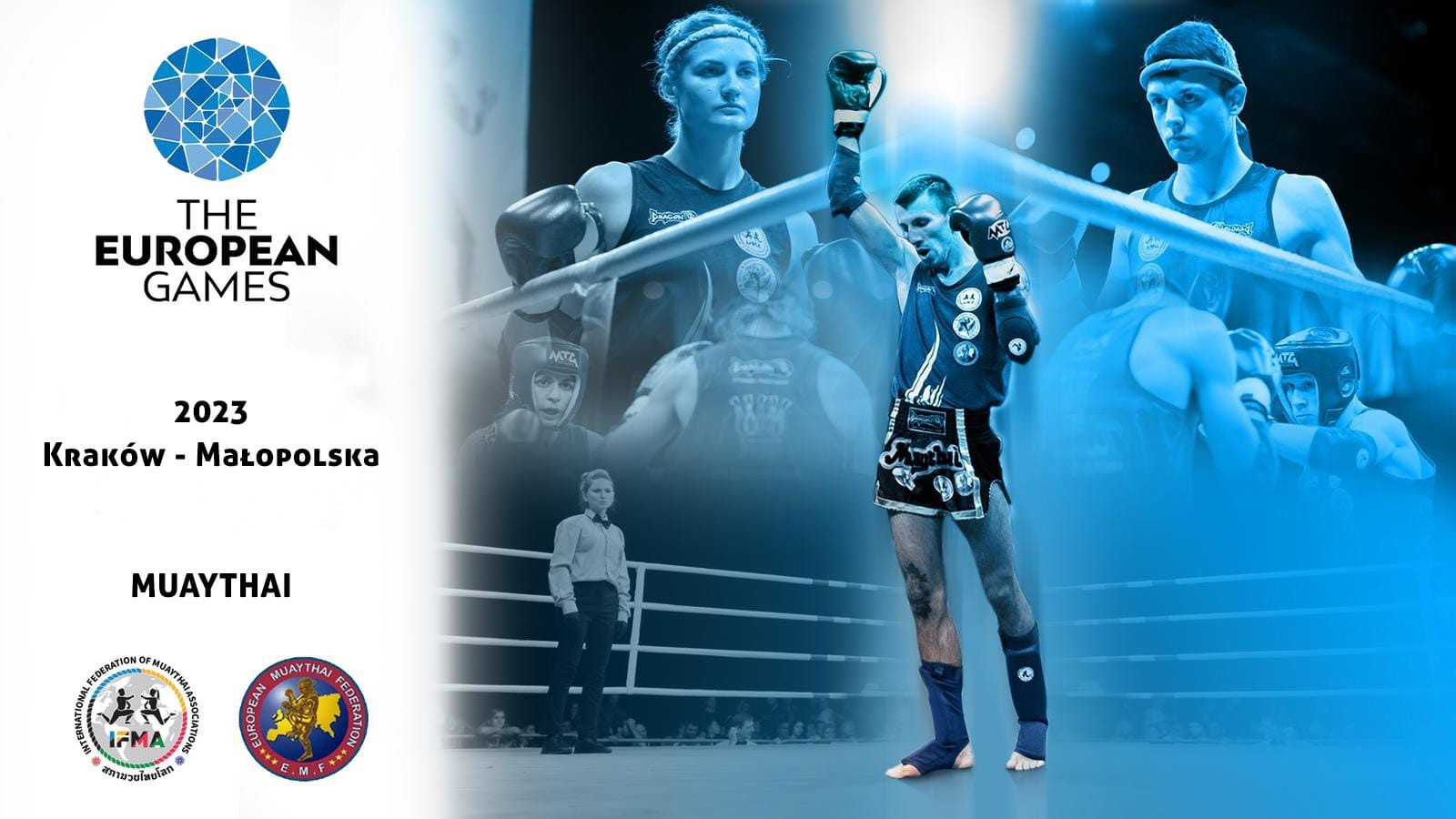 Muaythai is set to make its European Games debut at Kraków-Małopolska 2023 after being confirmed as one of the latest additions to the programme.

The European Olympic Committees (EOC) has announced muaythai, also known as Thai boxing, and archery will be among the sports to feature at the Games.

Archery will be making its third straight appearance at the Games, while muaythai, which featured at the 2017 World Games, will make its first in 2023.

The EOC claim mauythai is one of the fastest growing combat sports in the world in terms of athletes and spectators.

The competition format for the martial art will feature seven male and seven female divisions plus two mixed-gender team events.

International Federation of Muaythai Associations (IFMA) President Sakchye Tapsuwan expressed his gratitude to the EOC and Kraków-Małopolska 2023 for placing their trust in them.

"Muaythai is the national sport in Thailand, and Asia has been leading the sport over the past decades," said Tapsuwan.

"Europe has grown in strength, evidenced at the last two World Championships, where the overall winners were teams from Europe."

IFMA general secretary Stephan Fox told insidethegames: "This is history for European muaythai athletes and a unique opportunity to shine on the same stage as athletes from the Olympic sports.

"Our gratitude to the EOC and the European National Olympic Committees, in particular Poland, for all the support and where muaythai is already a fully recognised member.

"The IFMA family is excited about this inclusion and looks forward to celebrating the Olympic spirit, promoting and protecting Olympic values."

World Archery Europe President Mario Scarzella said he appreciated the confidence the EOC had placed in archery following the introduction of mixed team Olympic qualification and compound competitions at the 2019 European Games.

"As President of World Archery Europe and on behalf of the entire European archery family, I can assert that we have welcomed with great pride and satisfaction the confirmation that our sport will be part also of the third edition of the European Games in 2023," Scarzella said.

"I am very much looking forward to seeing the best European archers competing in the 2023 Kraków-Małopolska European Games."

Niels Nygaard, acting President of the EOC, added: "The European Games give our continent’s elite athletes in popular non-Olympic sports the chance to compete at the highest level and showcase their exceptional talents to a wider audience.

"We are excited to offer a strong mix of both with the inclusion of archery and muaythai on the 2023 programme."

"We are quickly putting together the strongest and most eagerly anticipated sports programme in European Games history, one that sports fans in Europe and around the world will be keen to follow," said Raffaele Pagnozzi, secretary general of the EOC.

The EOC Coordination Commission for the 2023 European Games is led by chair Hasan Arat and has been working closely with a number of European federations to finalise their participation.

"Together with EOC sports director Peter Brüll we are in daily contact with a diverse and exciting range of Sports Federations regarding participation at the 2023 European Games," added Arat.

"We are very pleased with the growing interest in the Games, which bodes well for our goal of organising the best edition of the European Games yet, just a year ahead of the Olympic Games Paris 2024."