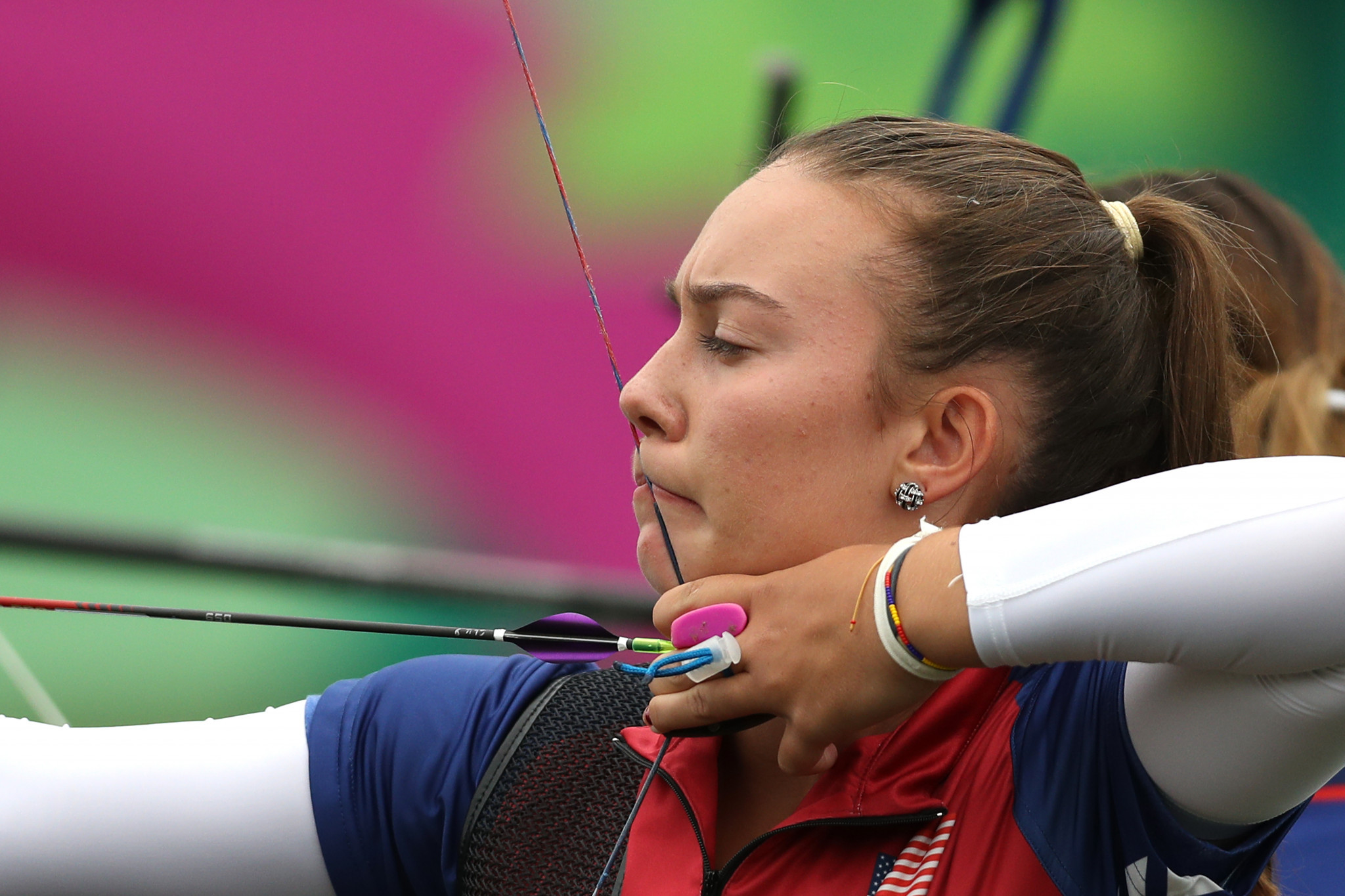 The four teams involved Lancaster Archery Supply, The Golden Arrow, Netherlands and Beiter took part in two semi-finals with the winners advancing to a final to decide the recurve champion.

Each match featured three individual contests and a team game, with each match lasting 12 arrows.

Match two saw 16-year-old Casey Kaufhold register a win for Lancaster Archery Supply, as she beat Lisa Barbelin 118-113 to give the American outfit the lead in the final.

Following their two wins in the individual games, Lancaster Archery Supply had a two point head start going into the team match, which they won 122-116 to retain their title.

In the semi-finals earlier in the day Golden Arrow beat Team Netherlands in a shoot-off, while Team Lancaster overcame Team Beiter 119-113.

Yesterday a compound competition took place in the same format with Arc Système overcoming Team Easton in a one arrow shoot out.