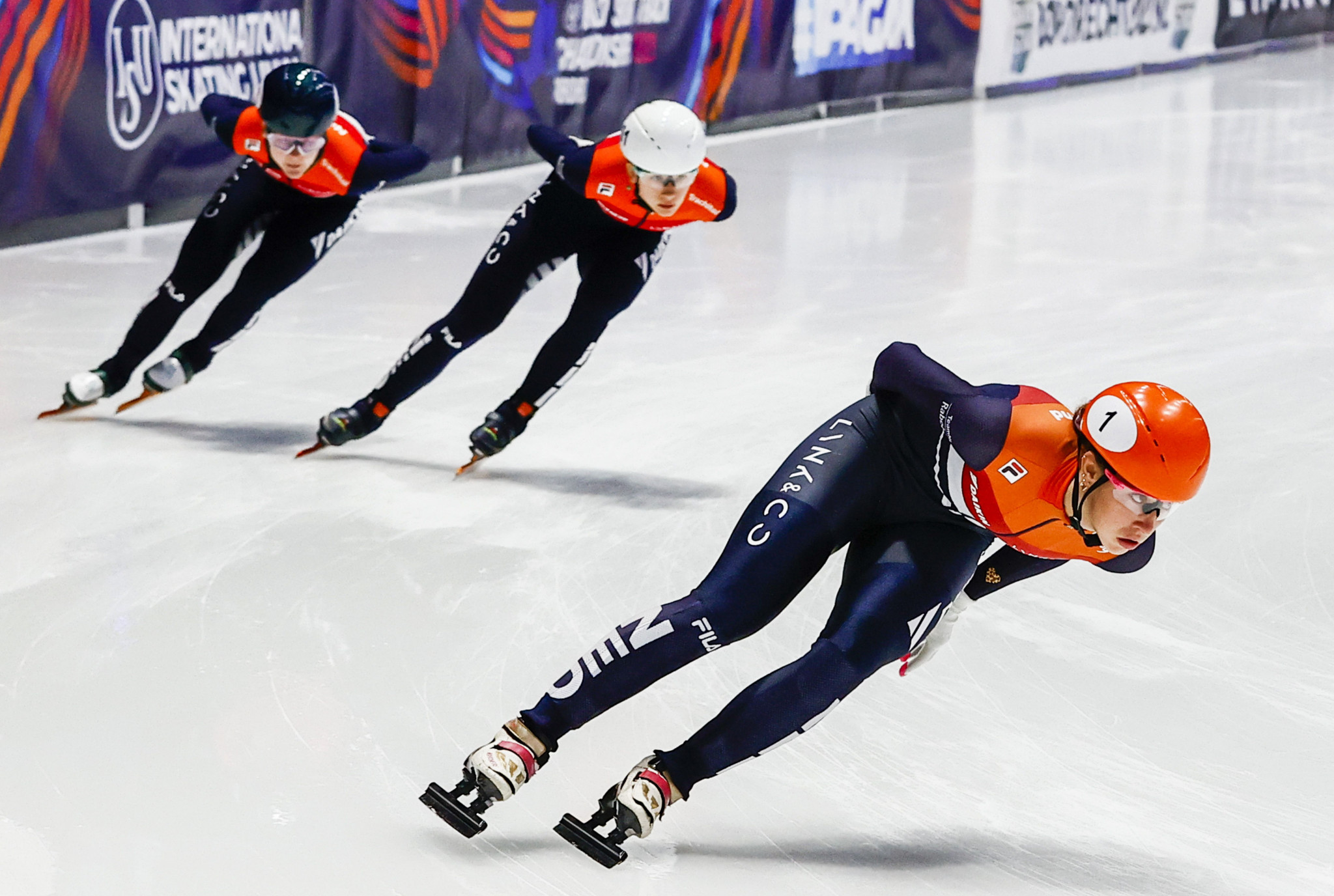 Defending champion Suzanne Schulting enjoyed a strong start to the World Short Track Speed Skating Championships as qualification races were the focus on the opening day in Dordrecht.

The Dutch star eased through her women’s 1,500 metres quarter-final at the Optisport Sportboulevard, achieving a time of 2min 31.595sec.

France’s Aurelie Monvoisin and Italy’s Arianna Fontana secured their places in the semi-finals as heat winners.

The competition has been shorn of several potential challengers, with Canada’s Kim Boutin opting to skip the World Championships to focus on preparations for Beijing 2022.

Elise Christie is absent after the British team were prevented from entering The Netherlands amid COVID-19 restrictions.

China and South Korea are also absent, with both nations opting not to send a team amid the pandemic.

Take a look at some of our favorite pictures ? and check Instagram for more ?

Semen Elistratov of Russia, winner of the overall crown at the European Championships in Poland in January, was among the qualifiers for the men’s semi-finals.

Competition is scheduled to continue tomorrow.

The 2021 World Short Track Championships is the first edition of the event to be held since 2019, after last year's event was cancelled because of the pandemic.