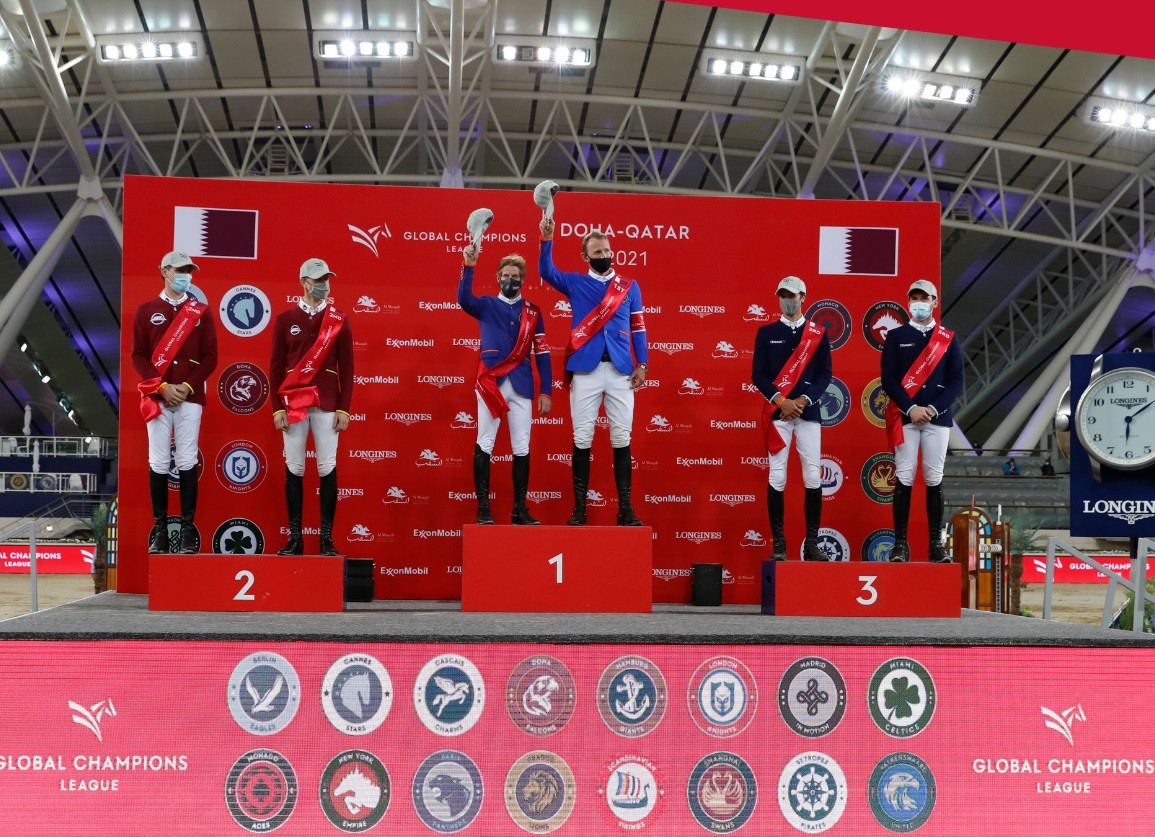 Valkenswaard United converted their advantage from day one of the season-opening Global Champions League (GCL) event in Doha into victory after an impressive display at the Longines Arena in Al Shaqab.

Valkenswaard United’s pairing of Peder Fredricson of Sweden, riding Hansson WL, and Marcus Ehning of Germany, riding Stargold, took victory after both combinations powered around the course to finish in a combined time of 1min 32.41sec.

Second place went to Shanghai Swans and their pairing of Germany’s Christian Ahlmann, riding Dominator 2000 Z and Austria’s Max Kuhner, riding Elektric Blue P, who both recorded clear rounds as they finished in a combined time of 1:39.42.

Berlin Eagles had to settle for third with Christian Kukuk of Germany and his horse Mumbai enduring a difficult round which saw them commit time and pole faults.

This put pressure on the second partnership of compatriot Philipp Weishaupt and his mount Asathir, although the pairing produced a clear round to secure the final place on the podium.

An emotional victory went to Bruynseels and Delux Van T&L, with the pair’s sprint finish giving them a concluding time of 39.93sec, which proved enough for victory.

Second place went to De Luca and Nuance Bleue VDM Z who found rhythm after a difficult start before making up time to finish their round in 40.20.

Lamaze and Dieu Merci Van T&L finished third, with a fast start and finish compensating for time lost over some obstacles, as they completed the course in 40.35.

Britain’s Brash and Hello Vincent, winners of yesterday’s GCT competition, could only finish sixth, after faults at a couple of obstacles.

After the season opener, Bruynseels leads the overall standings on 40 points, ahead of De Luca on 37 in second and Lamaze in third on 35.