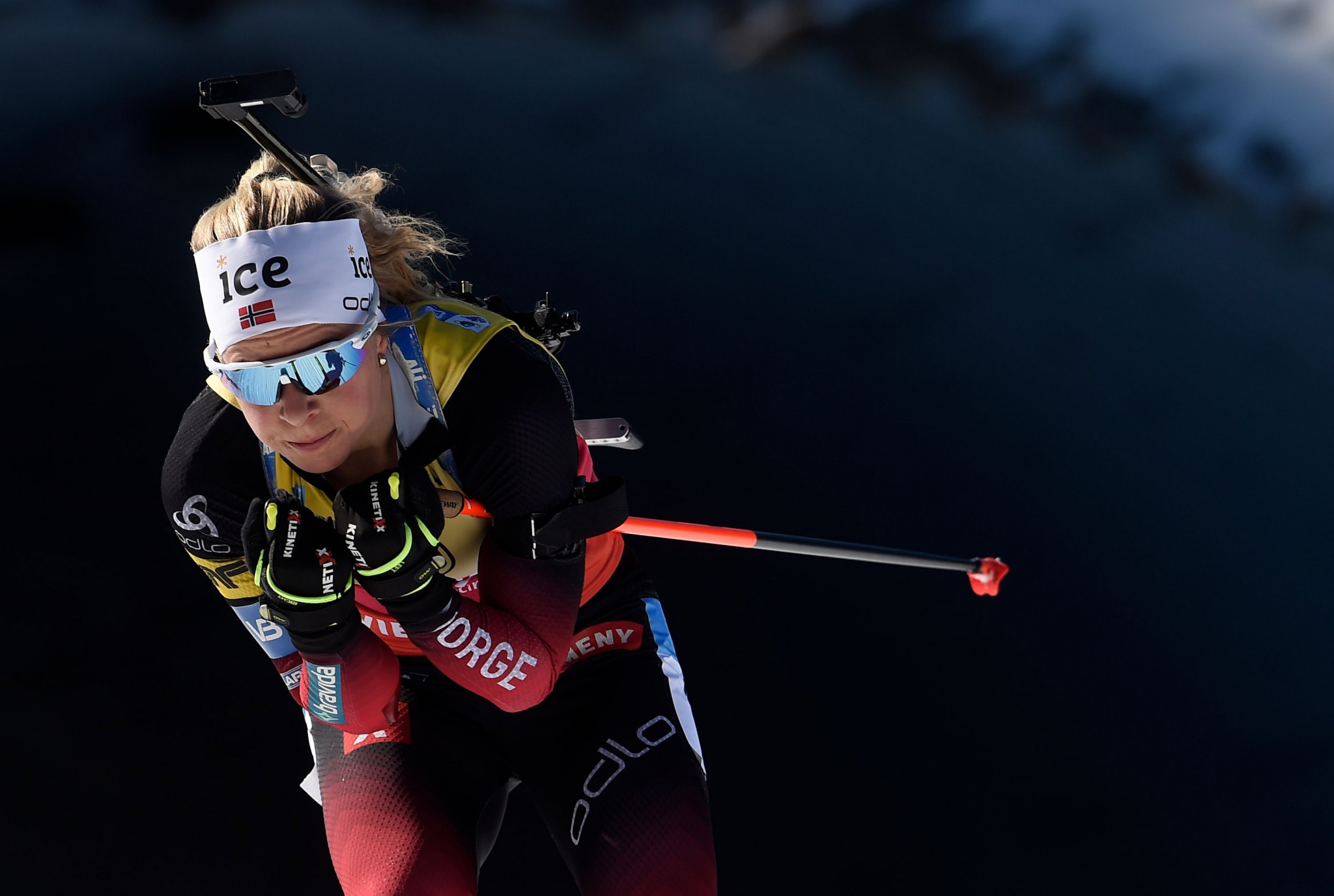 The Norweigan was the victor in yesterday's sprint and today finished the women's 10 kilometres pursuit in 27min 28sec, topping the podium despite picking up three penalties during the event.

It was her tenth World Cup win of the season.

"In the last shooting, I was thinking I was just going to shoot fast and clean," Eckhoff said.

"Then suddenly it was two mistakes - I was a little lazy on that last standing.

"Except that, everything was very good."

There was more success for Norway in the men's 12.5km pursuit, won by Tarjei Bø.

Bø finished with a single penalty in 28:17.03 to earn his first World Cup pursuit victory in 10 years.

Tarjei Boe wins the pursuit in Nove Mesto - his first since 2011! ✨

"I have become old - I guess that is what happened," the 32-year-old said.

"I struggled for some years with the 20 shot competitions.

"My sprint qualities have been quite good in the past years.

"Now I have two victories in the mass start and pursuit this season.

"I missed the last shot yesterday so I was quite focused to do it right today."

Simon Desthieux of France, yesterday's sprint gold medallist, was 11.5 seconds behind the winner with two penalties.

Competitors are now set to remain in Nové Město for the next World Cup event beginning on Thursday (March 11).