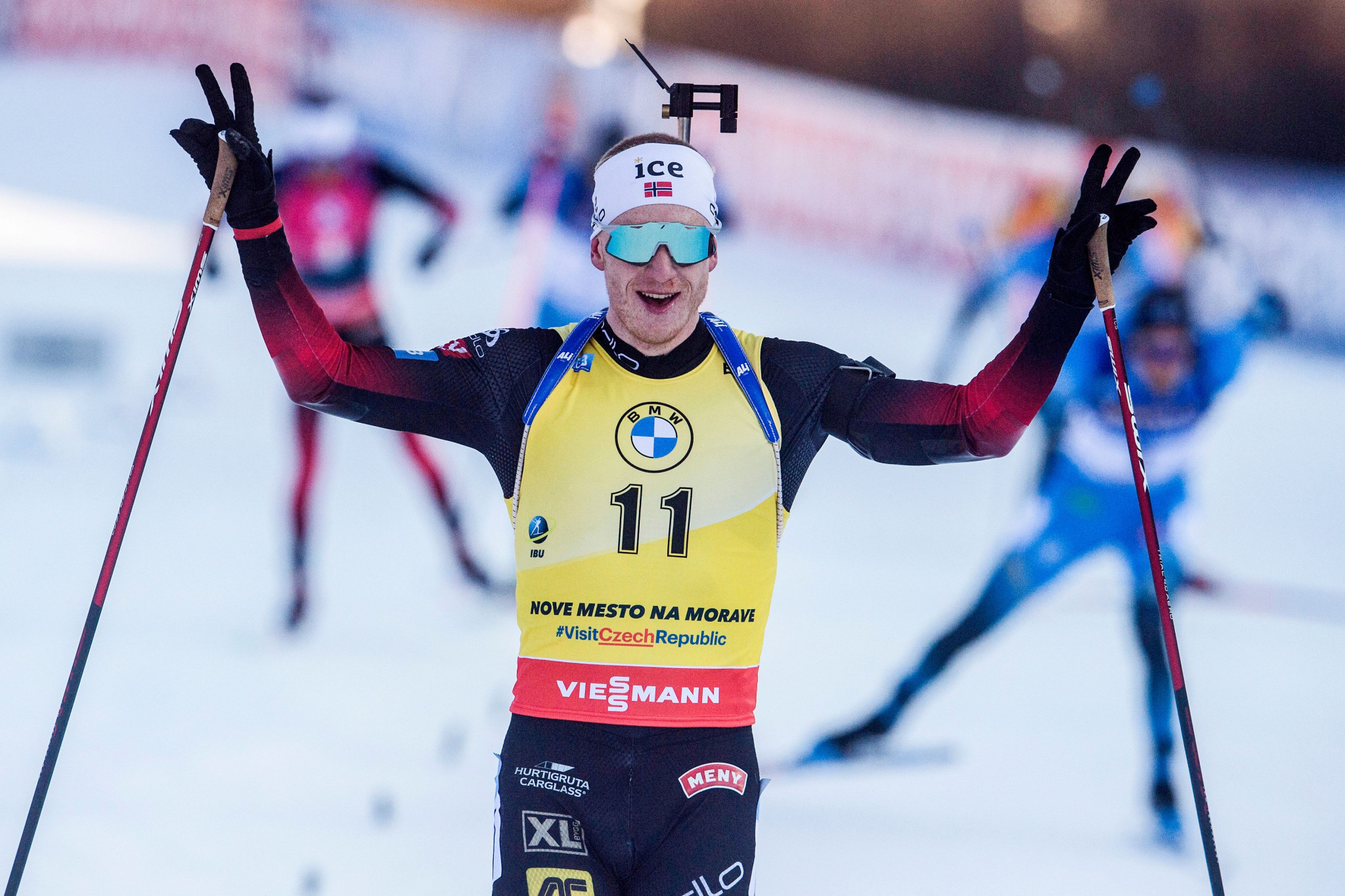 The penultimate leg of the International Biathlon Union (IBU) World Cup is set for Nové Město na Moravě in the Czech Republic for a second successive week in sprint and pursuit events.

Last week, France's Simon Desthieux won his first World Cup race with gold in the men's 10-kilometre sprint and will hope to strike for a second time tomorrow.

However, a Norwegian contingent led by two-time World Cup title winner Johannes Thingnes Bø, along with Johannes Dale, Tarjei Bø and Sturla Holm Lægreid are all contenders for the sprint too.

The Bø brothers and Lægreid will also be among the favourites in the men's 12.5km pursuit, scheduled for Saturday (March 13).

Maiden individual victory for @simondstx in the Nove Mesto sprint! 🥳

In the women's 7.5km sprint Tiril Eckhoff of Norway could seal the discipline title depending on the performance of compatriot Marte Olsbu Røiseland.

Sweden's Hanna Öberg is still in the hunt for the overall titles behind the Norwegian duo, but will have to pull out two strong results in the sprint and the 10km pursuit.

The women's sprint is scheduled for Friday (March 12), followed by the pursuit on Saturday.