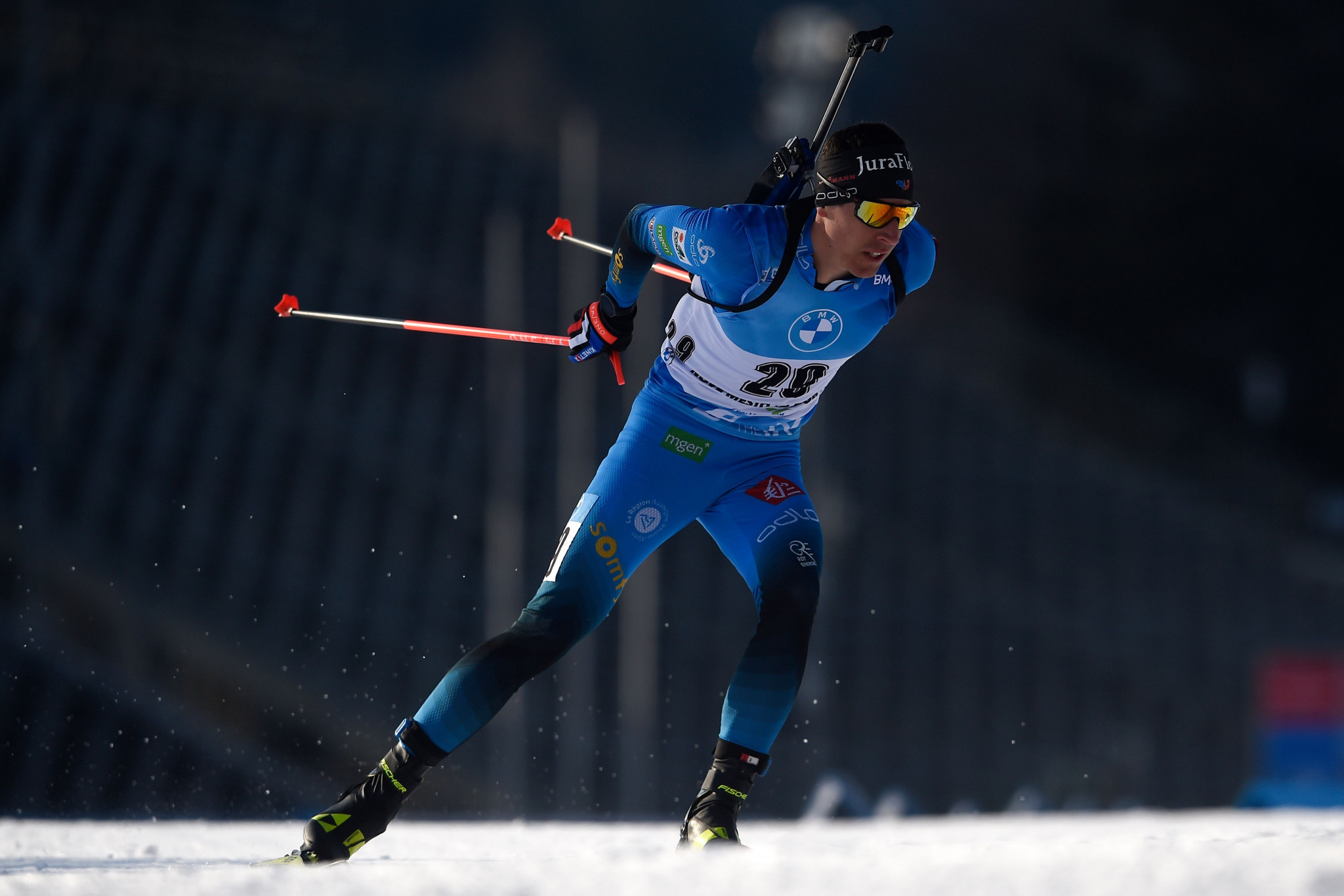 Finishing in a time of 22min 07.2sec, Fillon Maillet had 100 per cent shooting accuracy, finishing 11.3 seconds ahead of Norway's Tarjei Bø who took silver.

Italy's Lukas Hofer was a matter of seconds behind the Norwegian, holding a large enough gap to fourth to win the bronze medal.

France's Emilien Jacquelin's clean shooting record meant all of the top four had a perfect target record, with the accuracy being awarded ahead of some more favoured biathletes.

One of those was Norway's overall title contender Sturla Holm Lægreid, who finished just behind Jacquelin, but was out of contention when he had to take a penalty lap.

Johannes Dale of Norway was down in eighth due to a penalty lap too, while overall World Cup and sprint leader Johannes Thingnes Bø was down in ninth after missing two targets early in the race.

Despite Bø's poor result, he still sits 46 points ahead of Lægreid in the sprint standings with one race to go, while his brother Tarjei Bø, Dale and Fillon Maillet remain outside contenders for the title.

In the overall standings, Johannes Thingnes Bø and Lægreid are separated by just 25 points with four races to go.