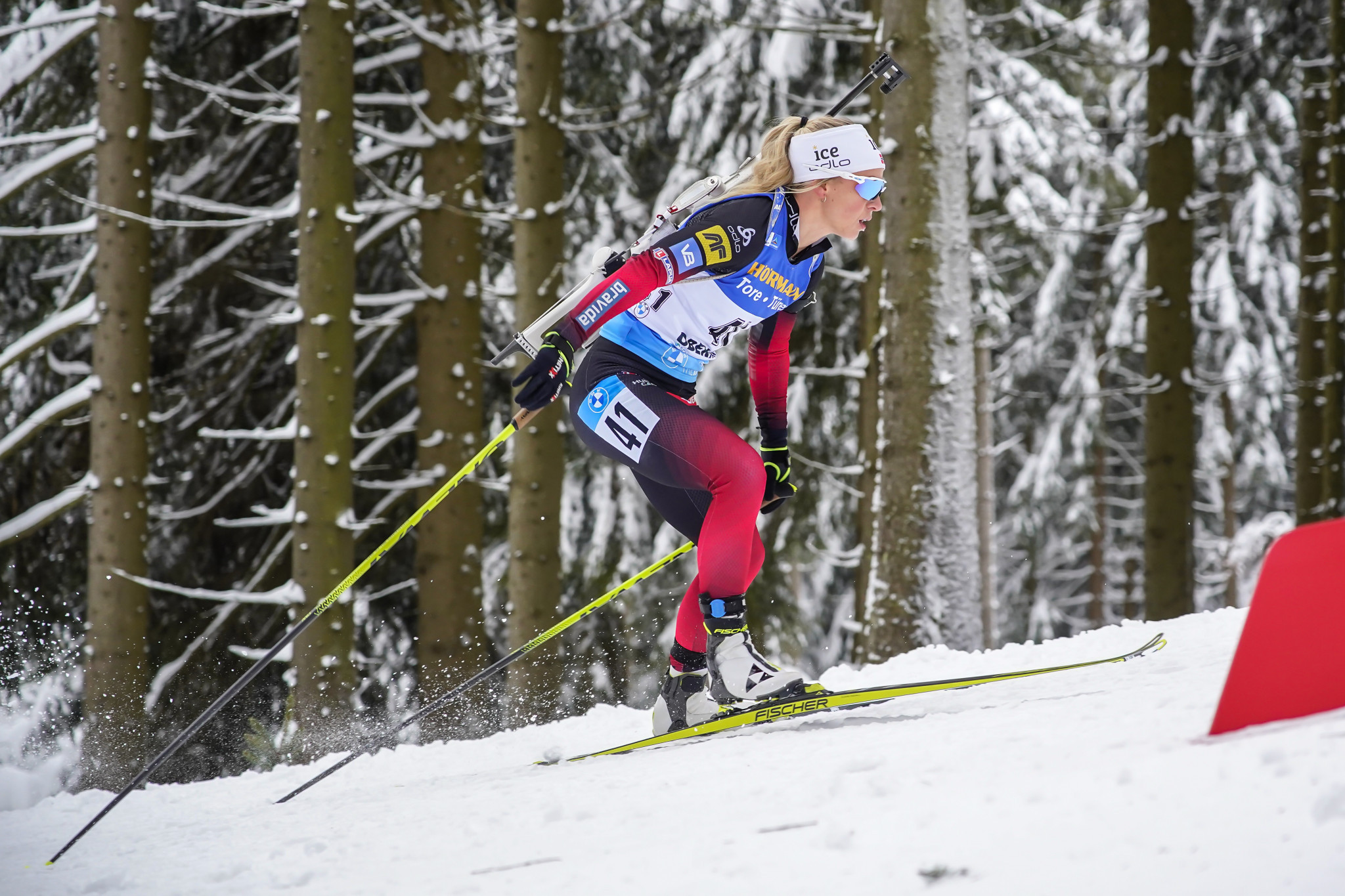 Norway's Tiril Eckhoff claimed the sprint title after another win in the women's 7.5-kilometre sprint at the International Biathlon Union (IBU) Biathlon World Cup in Nové Město na Moravě in the Czech Republic.

Despite being forced to take a penalty lap for a missed target, the Norwegian managed to hold off Germany's Denise Herrmann for the win, clocking a time of 18min 11.1sec, six seconds ahead of her closest competitor.

Italy's Dorothea Wierer hit all of her targets too and was rewarded with a bronze medal, 10.5 seconds down on Eckhoff.

German biathlete Franziska Preuß' penalty lap cost her a medal, as she came in 17.3 seconds behind the Norwegian.

Yulia Dzhima of Ukraine was fourth, followed by under-25 season leader Dinara Alimbekava of Belarus.

Eckhoff's closest rival in the sprint, her compatriot Marte Olsbu Røiseland, could not take the sprint title to the final race, instead finishing 14th after taking two penalty laps.

France's Anaïs Chevalier-Bouchet finished 19th while Sweden's Hanna Öberg was down in 24th.

With four races to go in this season's IBU Biathlon World Cup, Eckhoff holds a lead of 113 points over Røiseland, with 100 points on offer per win.