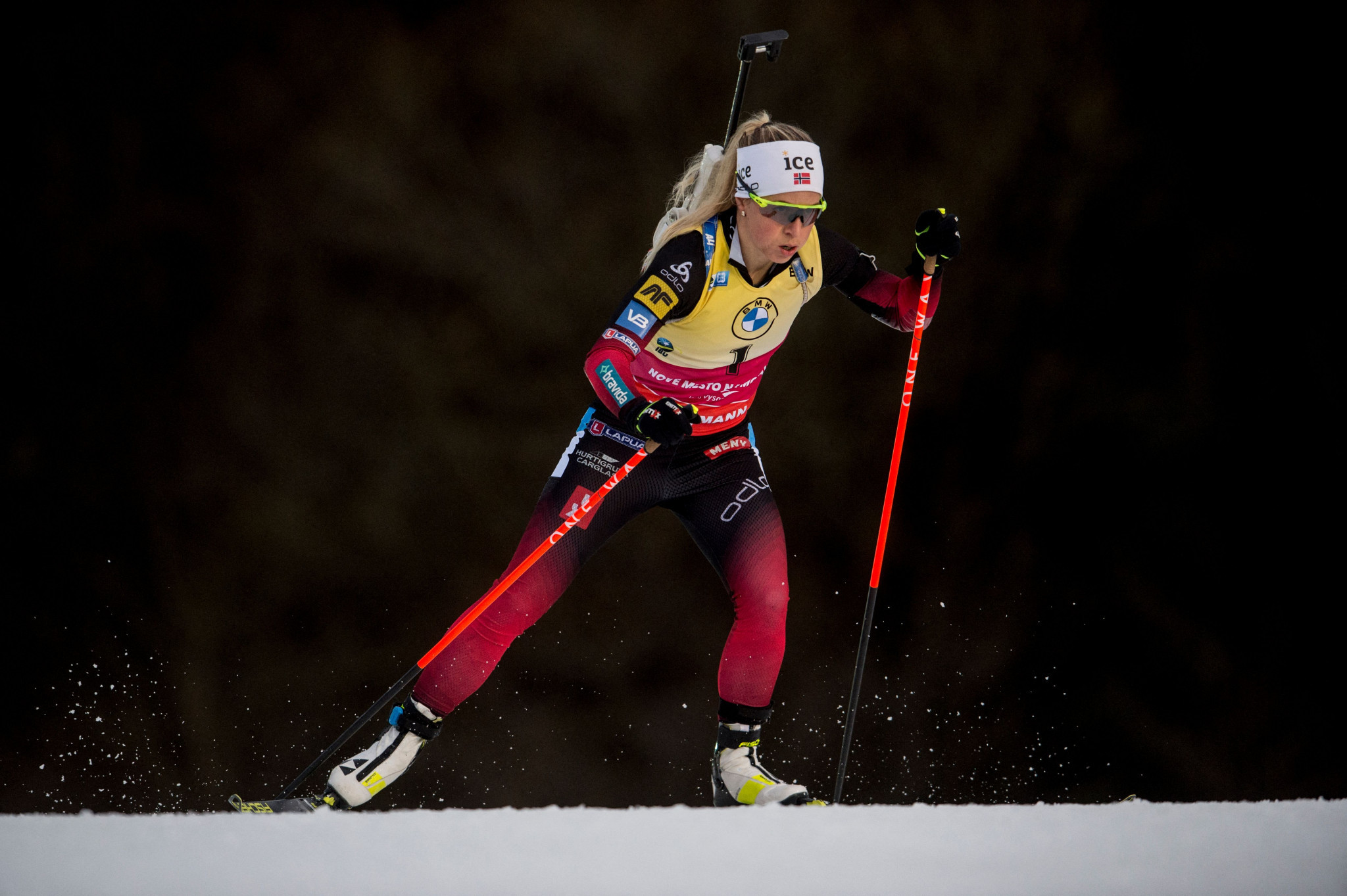 In the men's 12.5-kilometre pursuit, Fillon Maillet won the gold in a time of 28min 46.7sec, eight seconds ahead of the Biathlon World Cup overall leader Johannes Thingnes Bø of Norway.

Both biathletes had to take two penalty laps on their way to first and second, while Frenchman Emilien Jacquelin was 14.6 seconds off the pace of his compatriot.

Second in the overall standings, Norway's Sturla Holm Lægreid narrowly missed the podium, letting the gap for the overall title open slightly to 25 points thanks to Bø's silver medal.

Italy's Lukas Hofer finished fifth ahead of Tarjei Bø, who lost third in the overall standings to Fillon Maillet after the Frenchman's win today.

Johannes Thingnes Bø holds a nine-point lead over Jacquelin in the pursuit standings with one race to go, with a gap of 11 to Lægreid and 29 to Fillon Maillet.

Eckhoff's victory in the women's 10km pursuit made it her fourth World Cup win in a row, as she finished over 30 seconds ahead of her closest challenger.

Despite having to take a penalty lap, the Norwegian finished in a time of 27:13.6, 34.6 seconds ahead of young Belarusian Dzinara Alimbekava, who finished her race with a perfect shooting accuracy.

Eckhoff now holds a lead of 140 points with three races to go in the overall standings ahead of her compatriot Røiseland, as well as a 75-point gap in the pursuit discipline, with just one race to go in that event.

Sweden's Hanna Öberg - who had a day to forget, finishing 27th - still sits third in the overall standings, but is only 29 points ahead of the in-form Preuß.