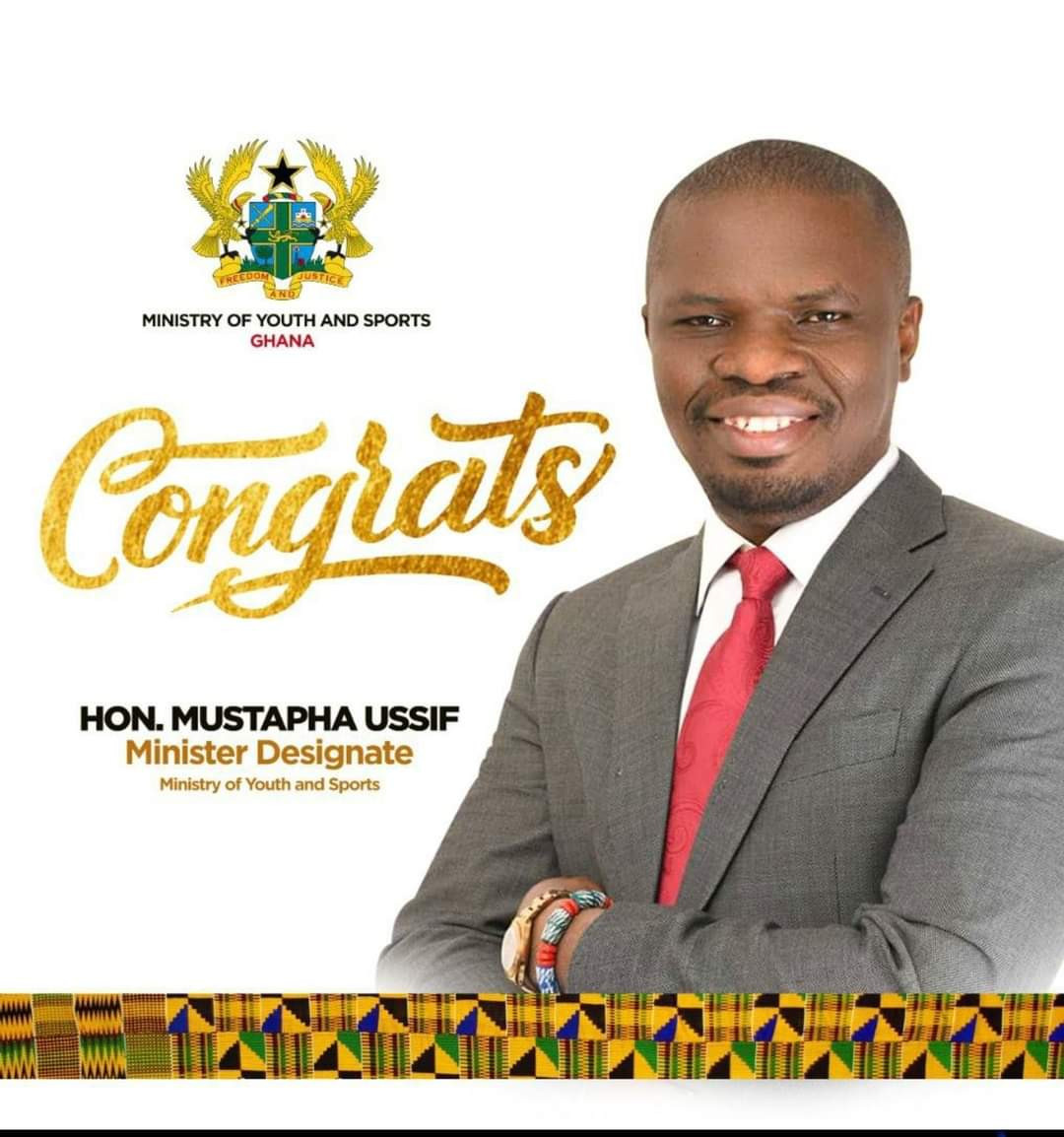 Ghana Olympic Committee (GOC) President Ben Nunoo Mensah has applauded the appointment of Mustapha Ussif as the country’s Minister of Youth and Sports as preparations continue for the 2023 African Games.

According to Modern Ghana, Mensah sent a message to Ussif to congratulate the politician on his new role and express how impressed he had been with the Ussif's depth of knowledge on issues surrounding sport and youth.

Mensah also reportedly called on Ghana’s National Federations to get behind Ussif, who is also a member of the Association of National Olympic Committees of Africa Development Commission and World Anti-Doping Agency Foundation Board.

Ussif is expected to play a key role in helping Ghana get ready to stage the African Games for the first time in 2023.

Mensah will be hoping to work alongside Ussif ahead of the Games but must overcome the challenge of Richard Akpokavie at tomorrow’s GOC Elective Congress in Accra to retain his place as head of the organisation.

The Ghana National Paralympic Committee, led by Samson Deen, has also congratulated Ussif, who was appointed by the Ghanaian President Nana Akufo-Addo on March 5.

"May your leadership lead to the transformation and development needed in the sector to benefit all Ghanaians," said the statement from the Ghanaian NPC.

?:Goodwell Message from the Minister for Youth & Sports, Hon. Mustapha Ussif to the Black Satellites of Ghana ?? pic.twitter.com/4JQyI6LKCh

Ussif, who is reported to be Ghana’s youngest-ever Sports Minister at the age of 41, has pledged to help develop Paralympic sport in the country.

"All sporting activities are going to be given attention, especially when it comes to Para-sports," Ussif is reported t have said by Ghana Web

"I’ll engage with them further to see how we can improve.

"The problem we face as a country is the lack of facilities for our athletes who are disabled.

"We have to improve the facilities so that they will be able to get the opportunity to train because they are constantly winning medals for us when they go to the Commonwealth and Olympic Games."

Ghana was awarded the African Games for the first time in October 2018.

Final dates have still to be announced for the event, which is expected to be held in Accra, Kumasi, and Cape Coast.

The 2019 edition took place in Rabat, the first hosted by Morocco following the country's readmission to the African Union in January 2017.

It attracted entries from 4,386 athletes representing 53 countries, who took part in 340 medal events across 26 sports.