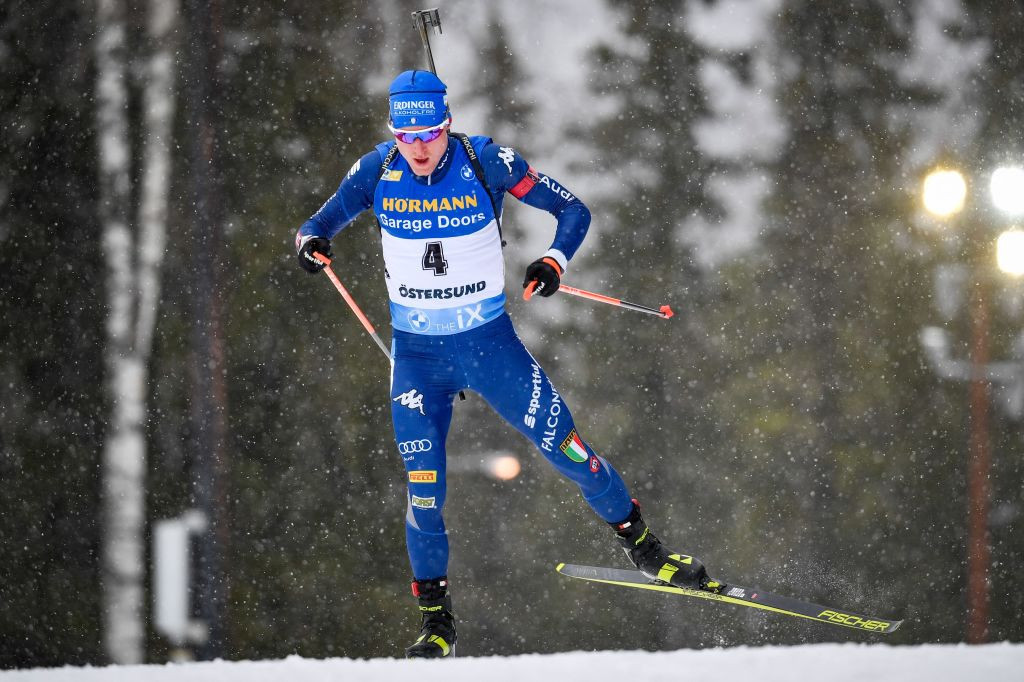 Italy's Lukas Hofer earned his first Biathlon World Cup victory for more than seven years as Sturla Holm Lægreid of Norway reduced the deficit to compatriot Johannes Thingnes Bø in the race for the overall title in Östersund.

Hofer won the men's 10 kilometres sprint in a time of 22min 27.1sec to claim just the second World Cup gold of his career.

Neither Lægreid nor Johannes Thingnes Bø, the only two athletes in contention for the overall crystal globe, finished in the top four.

Lægreid was the highest placed of the two in sixth ahead of Bø in seventh, which saw him cut the gap to his team mate from 25 points to 10 with two events remaining.

Bø, aiming for a third straight overall title, will be hoping for an improved performance in the pursuit tomorrow.

Norway's Tiril Eckhoff, who has already wrapped up the overall crystal globe, clinched her fifth consecutive win with victory in the women's 7.5km sprint.

Eckhoff was again in superb form, crossing the line in 18:44.6 to beat Italy's Dorothea Wierer by 2.5.

Ingrid Landmark Tandrevold, also from Norway, came through to take bronze, 6.7 adrift of her victorious compatriot.

The women's pursuit, held over 10km, is also due to be staged tomorrow.